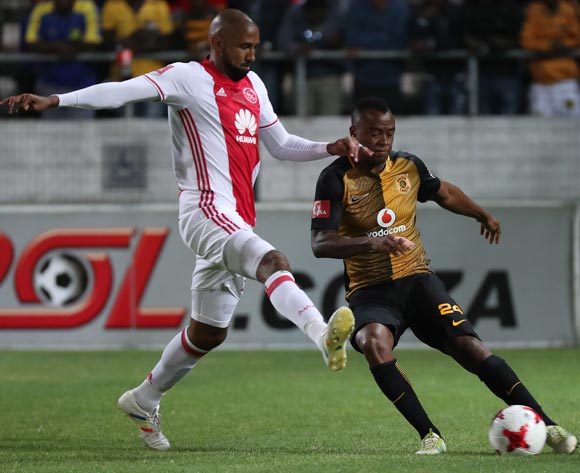 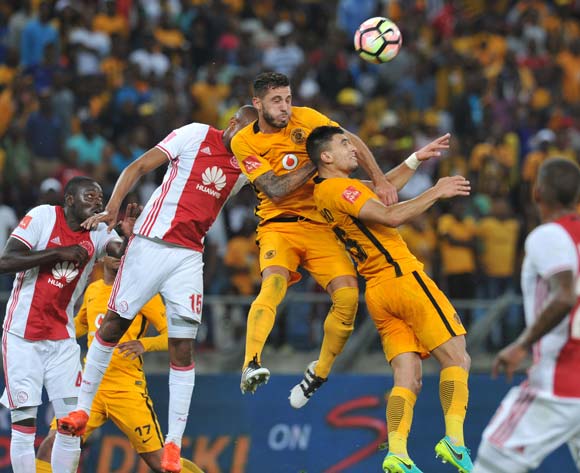 Welcome to the live play-by-play for the ABSA Premiership 2016/17 match between Ajax Cape Town and Kaizer Chiefs at Cape Town Stadium.

Welcome to the live play-by-play for the ABSA Premiership 2016/17 match between Ajax Cape Town and Kaizer Chiefs at Cape Town Stadium.

Ajax Cape Town and Kaizer Chiefs played to an exciting 1-1 draw in an Absa Premiership clash at a packed Athlone Stadium on Saturday evening.

Nathan Paulse and Daniel Cardoso finding the back of the net in the second half as the two teams eventually settled for a point apiece, in what was a thrilling encounter.

Thabo Mosadi sparked the game into life in the eighth minute with the winger seeing his volley attempt straight at a grateful Itumeleng Khune in the Amakhosi goal.

The chance in turn set the Glamour Boys into motion with Siphiwe Tshabalala unlucky not to give Chiefs the lead four minutes later. The Chiefs ace had Jody February beaten but not the frame of the goal.

Chances continued to come at either end of the park, but despite all the goalmouth action the game was goalless at the break.

That soon changed, and after Mosadi forced Khune into a great save in the 51st minute - Paulse hit the back of the net seven minutes later.

The burly forward nodding home from a Mosadi cross as he continued his rich scoring form - not only against Chiefs - but also against Khune, who he beat on Ajax way to lifting the 2015 MTN8 title.

Bantu Mzwakali was then unfortunate to see his header attempt rattle the crossbar in the 61st minute, as Ajax went within inches of doubling their lead.

Chiefs finally leveled matter following a relentless spell of pressure; Cardoso with the pivotal touch from a George Maluleka free-kick in the 79th minute of the match.

Ndiviwe Mdabuka had a chance to steal all three points for the Urban Warriors in the final minute of regulation time, but the midfielder could only succeed in guiding his shot wide of goal.

Ajax chase first win of 2017 as they host Chiefs

Ajax Cape Town will look to claim their first Absa Premiership win of the year when they host Kaizer Chiefs at Cape Town Stadium on 25 February 2017, kick-off at 20h15.

Ajax claimed their first point of 2017 when they held Polokwane City 1-1 away on February 18.

The Cape Town side has claimed 10 points from nine home matches this season.

The Urban Warriors are placed 11th on the Absa Premiership log with 19 points from 18 matches.

Chiefs claimed a fifth successive league win when they defeated Highlands Park 1-0 at home on February 18.

The Soweto giants have claimed 13 points from eight away matches this season.

The Amakhosi are placed second on the Absa Premiership log with 33 points from 18 matches.

The Amakhosi have 15 wins compared to nine for the Urban Warriors, while 11 matches have been drawn.

Ajax have won seven of their 17 home league matches against Chiefs, suffering four defeats in the process.

When the teams met earlier this season, the Amakhosi claimed a 2-0 home win in Soweto.

The teams’ last seven league meetings have produced just nine goals, while Chiefs are unbeaten in their last six league games against Ajax.