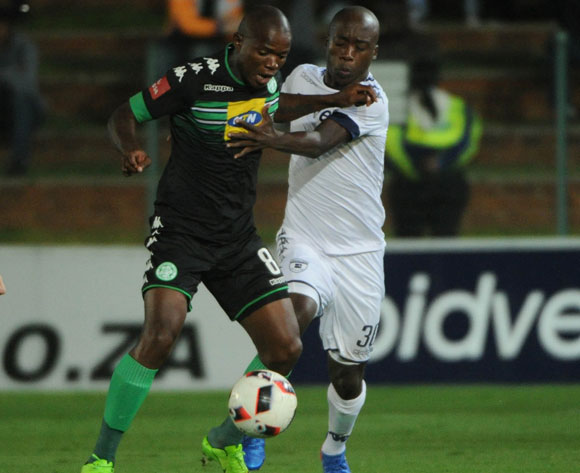 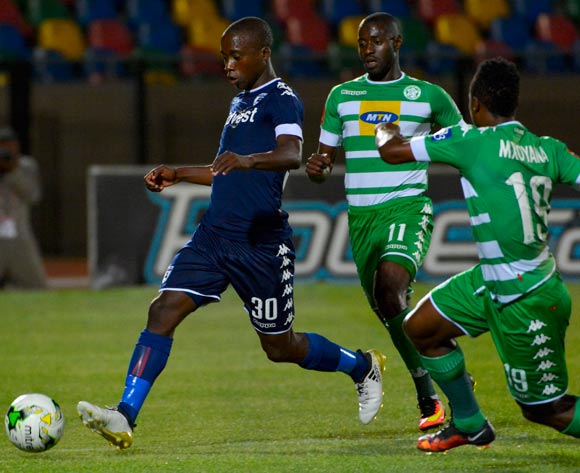 Welcome to the live play-by-play for the ABSA Premiership 2016/17 match between Bidvest Wits and Bloemfontein Celtic at Bidvest Stadium.

46' The second half is underway
53' Mogakolodi Ngele (Bidvest Wits) is cautioned.

Welcome to the live play-by-play for the ABSA Premiership 2016/17 match between Bidvest Wits and Bloemfontein Celtic at Bidvest Stadium.

Despite finding the back of the net through Kabelo Mahlasela, Bloemfontein Celtic failed to beat Bidvest Wits as they lost their Absa Premiership match 3-1 on Friday night at Bidvest Stadium.

The loss for Lehlohonolo Seema's men condemns them to the 14th spot on the log table with 18 points from 19 league matches.

However, for Gavin Hunt's side, goals came through skipper, Thulani Hlatswayo, Buhle Mkhwanazi and Gabadinho Mhango.

Although Celtic took the game to their hosts, the Clever Boys claimed the lead in the eighth minute through Hlatshwayo when the defender headed home after a pass from Nazeer Allie.

Hunt's men probed for their goal and Mogakolodi Ngele fired a shot from range in the 14h minute, but his effort was easily collected by goalkeeper, Patrick Tignyemb.

Exactly in the 30th minute, a misunderstanding between at the back between defender Mkhwanazi and keeper, Darren Keet saw Mahlasela taking advantage to make it 1-1 as he poked the ball out of the keepers hands.

Six minutes later, Xola Mlambo penetrated Siwelele in the middle of the park and laid it off for Ngele on the edge of the area, but the Botswana international failed to hit the target.

The second saw the hosts exerting pressure on Seema's men and Ngele played substitute Cuthbert Malajila through, but Tignyemb was alert to deny him in the 55th minute.

In the hour mark, the hosts' effort were rewarded when central defender Mkhwanazi made it 2-1 for the hosts back joining Hlatshwayo on the scoresheet.

With 17 minutes remaining to go, Wits made it 3-1 when Daine Klate picked out Mhango who brilliantly steered his header past Tignyemb.

Three minutes later, Lyle Lakay nearly pulled one for the visitors when his shot came off Hlatshwayo onto the upright.

In the wake of the win, the MTN8 Cup champions means they occupy the second spot with 37 points from 18 league matches so far.

Wits look to bounce back against struggling Celtic

Bidvest Wits will look to bounce back to winning form in the Absa Premiership when they host Bloemfontein Celtic at Bidvest Stadium on 3 March 2017, kick-off at 20h00.

Wits suffered their first league defeat of 2017 when they were beaten 2-0 at Mamelodi Sundowns on February 25.

The Johannesburg side has claimed 16 points from seven home matches this season.

The Clever Boys are placed third on the Absa Premiership log with 34 points from 17 matches.

Celtic suffered a third loss in their last four league matches when they were beaten 3-0 at home by Platinum Stars on February 25.

The Bloemfontein side has claimed 10 points from eight away matches this season.

Phunya Sele Sele are placed 13th on the Absa Premiership log with 18 points from as many matches.

In head-to-head stats, Celtic and Wits have met in 54 league matches since 1985.

The Clever Boys have claimed 22 wins compared to 17 for Phunya Sele Sele, while 15 matches have been drawn.

Wits have won 14 of their 27 home league matches against Celtic, suffering five defeats in the process.

When the teams met earlier this season, the Clever Boys claimed a 2-1 away win in Bloemfontein.