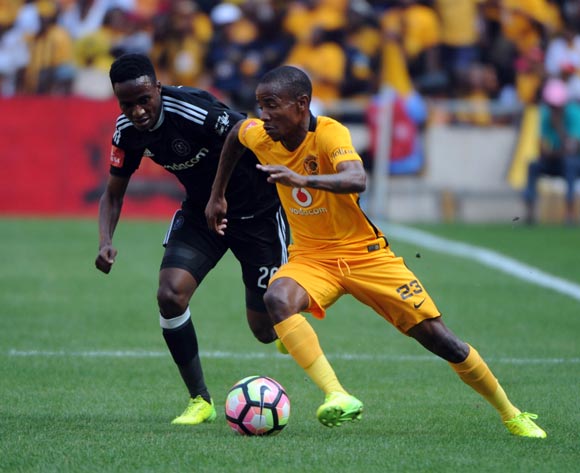 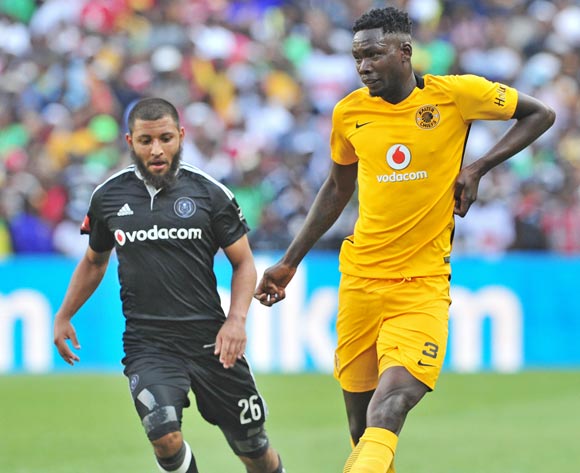 Welcome to the live play-by-play for the ABSA Premiership 2016/17 match between Kaizer Chiefs and Orlando Pirates at FNB Stadium.

Welcome to the live play-by-play for the ABSA Premiership 2016/17 match between Kaizer Chiefs and Orlando Pirates at FNB Stadium.

Soweto rivals Kaizer Chiefs and Orlando Pirates played to a highly-entertaining 1-1 draw in their Absa Premiership derby at FNB Stadium on Saturday.

A strike from Joseph Molangoane and an own goal by Tsepo Masilela saw the Amakhosi and Buccaneers play to a stalemate.

Pirates started with great confidence and certainly didn’t look like a team which came into the occasion on the back of a nine-game winless streak in the league.

They created a string of early chances and Dove Wome was denied by fine saves from goalkeeper Itumeleng Khune in both the 11th and 13th minutes.

Yet, against the run of play, the Amakhosi claimed the lead with a swift attack on 16 minutes. Siphiwe Tshabalala and Bernard Parker combined to set up former Buccaneers player Joseph Molangoane with a tap-in for 1-0.

Pirates almost hit straight back through striker Thamsanqa Gabuza, who chested a ball down on the edge of the box and struck a volley on target, only for Khune to make another sharp save.

On 33 minutes the Buccaneers were back on level terms, with Thembinkosi Lorch’s shot from a tight angle deflecting into the net via the legs of Tsepo Masilela and Itumeleng Khune to make it 1-1.

The second half carried on where the first left off, with chances flowing at either end. Lorch and Ayanda Gcaba threatened for Pirates in the early minutes, while Chiefs’ Zimbabwean duo of Edmore Chirambadare and Willard Katsande also had sights of goal.

With just under 10 minutes of regulation time remaining, the Amakhosi were gifted a penalty when Gcaba was harshly adjudged to have deliberately handled a cross from Molangoane in the 18-yard area.

Katsande took on the responsibility of the spot kick but saw his effort well-saved by the legs of Mhlongo in what Bucs fans will argue was poetic justice.

The point gained by each team does little for their respective log positions: Chiefs remain in fourth place on 35 points, while Pirates are up one spot to 10th on 21 points.

Kaizer Chiefs and Orlando Pirates will renew their Absa Premiership rivalry when they meet at FNB Stadium on 4 March 2017, kick-off at 15h30.

Chiefs have gone seven league matches without defeat after playing to a 1-1 draw at Ajax Cape Town on February 25.

The Soweto side has claimed 20 points from 10 home matches this season.

The Amakhosi are placed fourth on the Absa Premiership log with 34 points from 19 matches.

Pirates saw their winless run in the league stretched to nine matches when they were held 1-1 at home by Polokwane City on February 25.

The Soweto side has claimed 10 points from nine away matches this season.

The Buccaneers are placed 10th on the Absa Premiership log with 21 points from 18 matches.

In head-to-head stats, Pirates and Chiefs have met in 62 league matches since 1985.

The Amakhosi have 24 wins compared to 13 for the Buccaneers, while 25 matches have been drawn.

Chiefs have won 13 of their 29 home league matches against Pirates, suffering six defeats in the process.

When the teams met earlier this season, they played to a goalless draw at FNB Stadium.