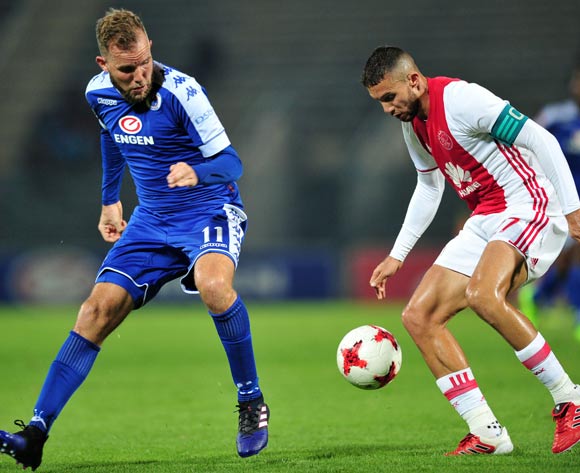 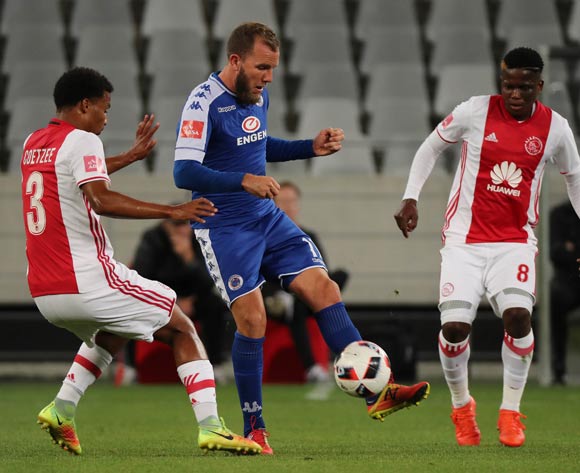 Welcome to the live play-by-play for the ABSA Premiership 2016/17 match between SuperSport Utd and Ajax Cape Town at Lucas Moripe Stadium.

Welcome to the live play-by-play for the ABSA Premiership 2016/17 match between SuperSport Utd and Ajax Cape Town at Lucas Moripe Stadium.

Both teams had their chances to win the game, but ultimately both had to settle for a point apiece as Matsatsantsa missed an opportunity to climb back to the top of the standings. The Urban Warriors remain 12th.

Having survived an early scare - when Dean Furman almost directed Nathan Paulse's cross into the back of his own net - the home side took control.

Resolute defending and a world class showing by Jody February keeping out Matsatsantsa on several occasions, with the Ajax Cape Town goal-minder producing a top save to deny Masango in the 32nd minute from point-blank range.

When Masango finally had February beaten three minutes later, the crossbar game to the visitors rescue as the first-half ended goalless.

The Urban Warriors came out a better side following the interval and were unlucky not to take the lead themselves in the 61st minute. Bantu Mzwakali's curling effort cannoning off the woodwork.

Mark Mayambela was then brilliantly denied by Reyaad Pieterse in the 76th minute as both teams went in search of the winner.

February on hand once more on the cusp of full-time to keep out Thabo Mnyamen's shot from an acute angle, as both teams eventually settled for a point.

SuperSport United’s strong form in the Absa Premiership will be put to the test by Ajax Cape Town at Lucas Moripe Stadium on 4 March 2017, kick-off at 20h15.

SuperSport have gone 17 league matches without defeat and won four of their last five after defeating Highlands Park 1-0 away on February 25.

The Tshwane side has claimed 20 points from eight home matches this season.

Matsatsantsa are placed first on the Absa Premiership log with 35 points from 18 matches.

Ajax played to a second successive league draw when they were held 1-1 at home by Kaizer Chiefs on February 25.

The Cape Town side has claimed nine points from as many away matches this season.

The Urban Warriors are placed 11th on the Absa Premiership log with 20 points from 19 matches.

Matsatsantsa have claimed 14 wins compared to 12 for the Urban Warriors, while nine matches have been drawn.

SuperSport have won eight of their 17 home league matches against Ajax, suffering six defeats in the process.

When the teams met earlier this season, Matsatsantsa claimed a 2-0 win in Cape Town.

The away team has emerged victorious in five of the last seven league meetings between these teams.