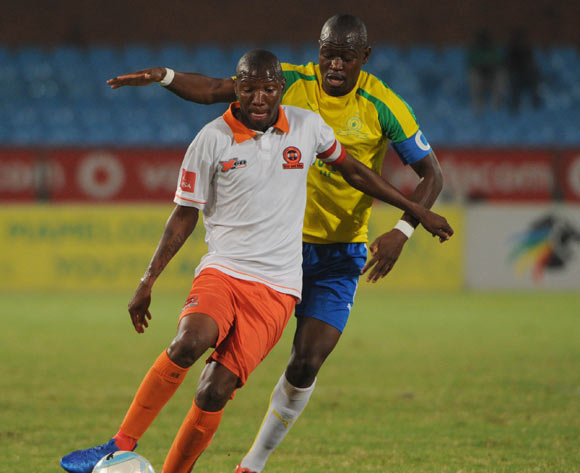 Welcome to the live play-by-play for the ABSA Premiership 2016/17 match between Polokwane City and Bloemfontein Celtic at Old Peter Mokaba Stadium.

46' The second half is underway
63' Salulani Phiri (Polokwane City) is cautioned.

Welcome to the live play-by-play for the ABSA Premiership 2016/17 match between Polokwane City and Bloemfontein Celtic at Old Peter Mokaba Stadium.

Polokwane succumb to Celtic at home

Despite creating many chances, Polokwane City lost their Absa Premiership match 1-0 to Bloemfontein Celtic at the Old Peter Mokaba Stadium on Sunday afternoon.

A solitary strike through Lyle Lakay handed Lehlohonolo Seema's men the deserved win as they ease their relegation concerns.

On the other hand, the loss leaves the Citizens sitting at number seven on the log table with 27 points from 22 league matches.

Despite a scorching heat in the Limpopo province, the opening 10 minutes of the tie saw Bernard Molekwa's men controlling the contest as they wanted to get an early goal.

However, it was Lakay who received a great ball into the penalty area, but his right footed attempt failed to trouble goalkeeper George Chigova as it went wide in the 11th minute.

The hosts intensified their attack towards the 15th minute and Thapelo Tshilo's header beat keeper Patrick Tignyemb only to hit the cross bar, but Siwelele regrouped to clear the danger.

Rise and Shine hit the woodwork for the second time through Puleng Tlolane in the 22nd minute as they penetrated Celtic's defence with their short passes.

On the stroke of half time, Lakay was on the end of a brilliant pass from the right flank and the midfielder failed to connect with the ball from a perfect position to break the deadlock.

Lehlohonolo Seema's men kept knocking for an opening goal and Tshepo Rikhotso saw his free header coming off the left post from a corner with Chigova becoming a spectator.

Although both sides did not create clear cut chances in the second stanza, City skipper Jabulani Maluleke saw his low shot going wide in the 59th minute resulting from good passes by the hosts.

However, with 16 minutes to go, Lakay produced a thunderous strike to beat Chigova from a distance, handing the visitors a well deserved lead.

In the 77th minute, Rodney Ramagalela tried to chip Tignyemb off his goal line with a long shot, but the former Mamelodi Sundowns man missed the target.

City piled more pressure on Celtic, probing for their equalising goal, but Tignyemb was stable as he collected all the high ball and denied Maluleke from a dangerous set piece.

Right in injury time, Ramagalela hit the woodwork from close range as they pushed to find a late equaliser, but it was not meant to be as Celtic claimed a vital win.

The win elevates Phunya Sele Sele to the 12th spot on the log table with 22 points from 21 matches.

Polokwane out to break long run of draws

Polokwane City will look to break a long run of draws in the Absa Premiership when they host Bloemfontein Celtic at the old Peter Mokaba Stadium on 2 April 2017, kick-off at 15h00.

Polokwane played to a sixth successive draw in the league when they held Mamelodi Sundowns 0-0 in Tshwane on March 14.

The Limpopo side has claimed 14 points from nine home matches this season.

Rise and Shine are placed sixth on the Absa Premiership log with 27 points from 21 matches.

Celtic broke their losing streak in the league by recording a goalless draw at home to Cape Town City on March 18.

The Bloemfontein side has claimed 10 points from nine away matches this season.

Phunya Sele Sele are placed 14th on the Absa Premiership log with 19 points from 20 matches.

In head-to-head stats, Polokwane and Celtic have met in seven league matches since the former was first promoted to the top flight in 2013.

Phunya Sele Sele have claimed three wins compared to two for Rise and Shine, while the teams have played out two draws.

City have won two of their three home league matches against Celtic, suffering one defeat in the process.

When the teams met earlier this season they played out a goalless draw in Bloemfontein.

The teams’ seven league meetings have produced a total of 24 goals.