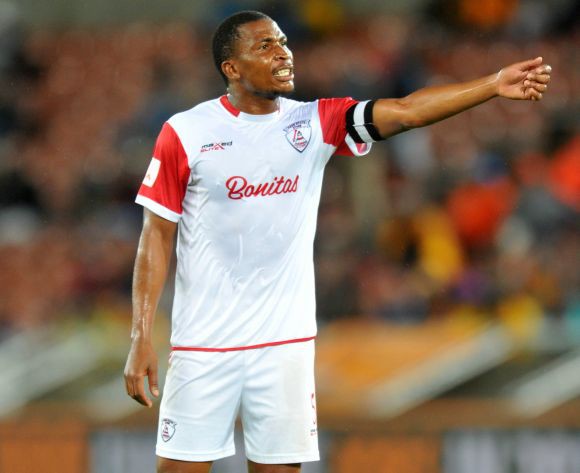 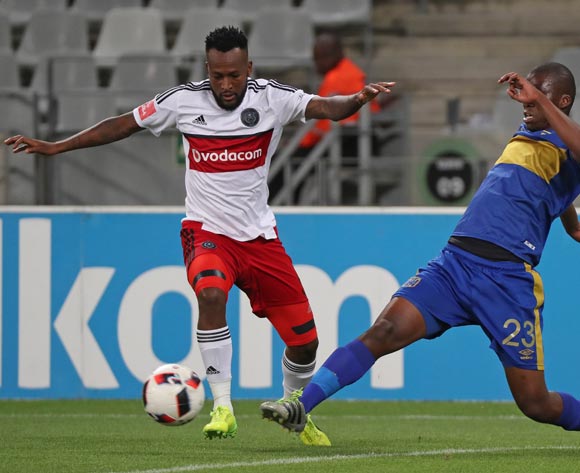 Welcome to the live play-by-play for the ABSA Premiership 2016/17 match between Free State Stars and Orlando Pirates at James Motlatsi Stadium.

Welcome to the live play-by-play for the ABSA Premiership 2016/17 match between Free State Stars and Orlando Pirates at James Motlatsi Stadium.

The fast-starting Ea Lla Koto, who scored their goals inside the opening half hour, move out of the relegation zone into 13th place on 22 points, while the Buccaneers are just one point and two positions better off after a 12th successive match without a win in the league.

Stars claimed the lead with a brilliantly-taken goal as early as the fourth minute: Nhlanhla Vilakazi picked out a great pass for Moeketsi Sekola, who controlled the long ball beautifully before firing past Benson Mhlongo to make it 1-0.

Stars twice claim close to claiming a third goal within the opening 20 minutes, as Mohammed Anas poked a shot wide when he had only Mhlongo to beat, while Jantjie very nearly scored a brilliant solo goal which bounced off the top of the crossbar.

Pirates got one back midway through the first half: Thembinkosi Lorch’s shot was deflected off a defender, cleared off the line by Rooi Mahamutsa, only for the ball to rebound again off the back of goalkeeper Thela Ngobeni and cross the line for an own goal.

But just when Bucs thought they were back in the game, Anas scored a magnificent goal with a shot from outside the box which nestled in the top corner - 3-1 to Ea Lla Koto inside 29 minutes.

Pirates again fought back in the dying stages of the first half to make it 3-2: Oupa Manyisa was brought down in the box by Makhehlene Makhaula and Tendai Ndoro converted from the spot for his first goal in 2017.

The second half lacked the fluency and goal-mouth action of the first, but Stars should have extended their lead 20 minutes after the restart when they sprung the offside trap to hand Anas a tap-in from just a few yards out, but Mhlongo somehow smothered the ball with a brilliant low save.

Ea Lla Koto soon switched their approach to a more defensive mindset, with the introduction of Angelo Kerspuy in place of Anas with 12 minutes of regulation time remaining demonstrating a determination to hang onto their lead.

Stars out to claim Pirates’ scalp

Free State Stars will look to claim the scalp of Orlando Pirates when the teams meet in the Absa Premiership on 1 April 2017, kick-off at 18h00.

Stars have gone three league matches without a win after playing to a 2-2 draw away to Ajax Cape Town on March 17.

The Free State side has claimed 13 points from 10 home matches this season.

Ea Lla Koto are placed 15th on the Absa Premiership log with 19 points from 21 matches.

Pirates have gone 11 league matches without a win after they were held 1-1 at home by SuperSport United on March 7.

The Soweto side has claimed 11 points from 10 away matches this season.

The Buccaneers are placed 11th on the Absa Premiership log with 23 points from 20 matches.

In head-to-head stats, Stars and Pirates have met in 54 league matches since 1986.

The Buccaneers have 25 wins compared to seven for Ea Lla Koto, while 22 matches have been drawn.

Stars have won five of their 26 home league matches against Pirates, suffering nine defeats in the process.

When the teams met earlier this season, the Buccaneers claimed a 1-0 home win in Soweto.