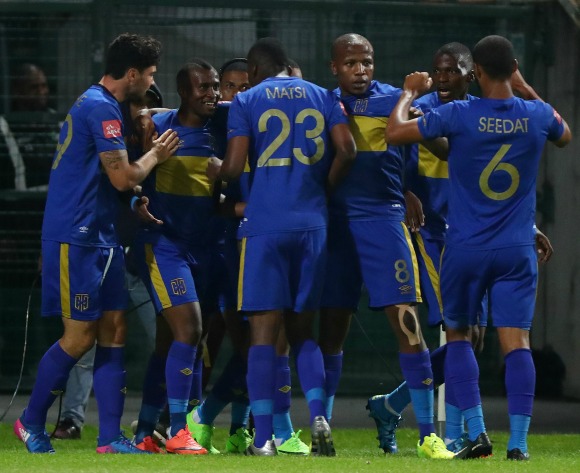 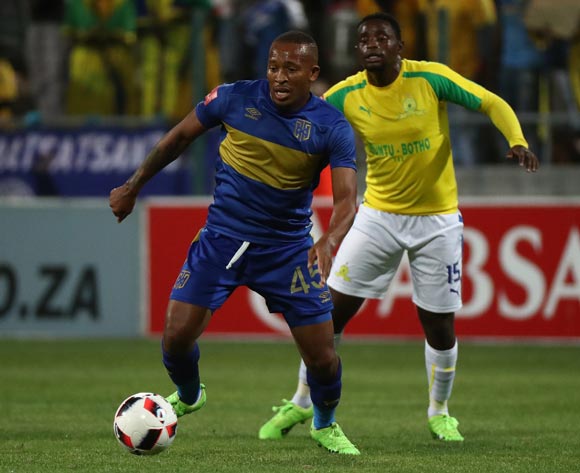 Welcome to the live play-by-play for the ABSA Premiership 2016/17 match between Cape Town City FC and Chippa United at Athlone Stadium.

Welcome to the live play-by-play for the ABSA Premiership 2016/17 match between Cape Town City FC and Chippa United at Athlone Stadium.

Cape Town City moved back to the top of the Absa Premiership standings following a 4-1 win over Chippa United at Athlone Stadium on Monday evening.

Bhongolwethu Jayiya bagging a 10-minute hat-trick for the Citizens who scored all of their goals in the first half. Rhulani Manzini bagged what proved to be a mere consolation for the visitors.

The Citizens hit the front as early as the sixth minute as Jayiya outpaced Paseka Mako before sending an unstoppable shot into the roof of the net.

Jayiya completed his brace soon after as he ghosted into the area to guide home Lebogang Manyama's pin-point cross.

The former Maritzburg United man would then complete the fastest treble in Absa Premiership history with his goal in the 16th minute. The forward showing great persistence to eventually nod home from close range.

City continued to dominate and after Daniel Akpeyi denied Lebogang Manyama from a tight angle, Thamsanqa Mkhize got his just reward. The fullback scoring a first goal in City colours in first-half added time; side-footing Aubrey Ngoma's cross into the back of the net.

Chippa improved following the break and eventually found the back of the net through Rhulani Manzini in the 76th minute. His toe-poke too good for Shu-Aib Walters.

Chippa finished the game with 10-men following the dismissal of Lerato Manzine in the 90th minute. The Chilli Boys striker picking up to yellow cards in quick succession. It had little outcome on the result, though, as City ease to all three points.

Cape Town City will look to continue their strong form in the Absa Premiership when they host Chippa United at Athlone Stadium on 3 April 2017, kick-off at 19h30.

City extended their unbeaten run in the league to six matches with a 0-0 draw away to Bloemfontein Celtic on March 18.

The Cape Town side has claimed 20 points from 10 home matches this season.

The Citizens are placed first on the Absa Premiership log with 39 points from 21 matches.

Chippa saw their winless streak in the league extended to six matches when they were held 0-0 at home by Bidvest Wits on March 7.

The Eastern Cape side has claimed six points from 10 away matches this season.

The Chilli Boys are placed ninth on the Absa Premiership log with 23 points from 21 matches.

In head-to-head stats, City and Chippa have met in just one previous top flight league match.

That encounter took place earlier this season, with the Citizens claiming a 2-1 away win in the Eastern Cape.