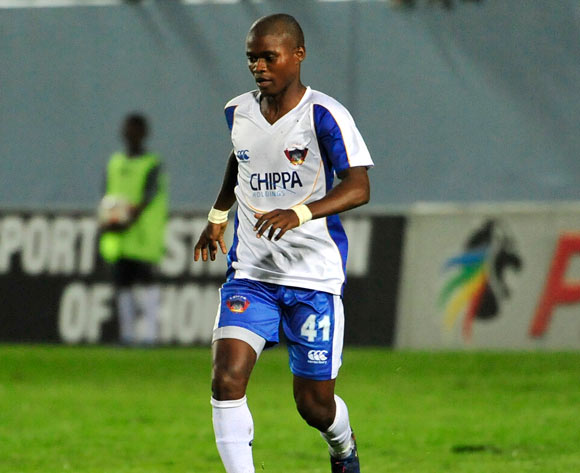 Welcome to the live play-by-play for the ABSA Premiership 2016/17 match between Chippa United and Polokwane City at Nelson Mandela Bay Stadium.

1' The match is underway!
11' Esau Kanyenda (Polokwane City) is cautioned.

46' The second half is underway
50' Puleng Tlolane (Polokwane City) is cautioned.

Welcome to the live play-by-play for the ABSA Premiership 2016/17 match between Chippa United and Polokwane City at Nelson Mandela Bay Stadium.

Chippa United failed to take full advantage of their one man superiority after playing to a 0-0 draw against a ten-man Polokwane City side in an Absa Premiership match at the Nelson Mandela Bay stadium on Tuesday night.

Despite playing the match with ten-man after the 35th minute following the sending off of Essau Kanyenda for his second bookable offence, Polokwane showed a gutsy performance in defence to earn a share of the spoils.

The point sees Polokwane stay inside the top eight, currently placed at seventh spot with 28 points from 23 matches.

The opening stages of the match saw both sides playing an attacking brand of football, but their decision making in the final third was poor from both sides.

Polokwane were put on the back foot just after the half hour mark when Kanyenda was sent from the field.

Still, the visitors defended heroically and managed to get into the half time break tied at 0-0.

The second half saw Chippa with the majority of the possession. Their only decent chance in front of goal, however, came in the 62nd minute when Kristopher Bergman looked certain to score, but his close range shot was blocked on the line by Polokwane defender Thabiso Semenya.

The game ended in a 0-0 stalemate with Chippa extending their winless run to seven matches.

The draw sees Chippa up to 24 points from 23 matches which places them at 11th place on the table, four places above the relegation zone but only three points out of danger.

Chippa, Polokwane both looking to bounce back

Chippa United and Polokwane City will both look to return to winning form in the Absa Premiership when they meet at Nelson Mandela Bay Stadium on 11 April 2017, kick-off at 19h30.

Chippa have gone seven league matches without a win after losing 4-1 at Cape Town City on April 3.

The Eastern Cape side has claimed 17 points from 11 home matches this season.

The Chilli Boys are placed 10th on the Absa Premiership log with 23 points from 22 matches.

Polokwane have gone nine league matches without a win after losing 1-0 at home to Bloemfontein Celtic on April 2.

The Limpopo side has claimed 13 points from 12 away matches this season.

Rise and Shine are placed seventh on the Absa Premiership log with 27 points from 22 matches.

Rise and Shine have claimed three wins compared to one for the Chilli Boys, while one match has been drawn.

Chippa have an unbeaten home record in league matches against Polokwane, with one win and one draw from two matches.

When the teams met earlier this season, Rise and Shine claimed a narrow 1-0 win in Limpopo.

The teams’ five league meetings have produced just 11 goals and zero away wins.