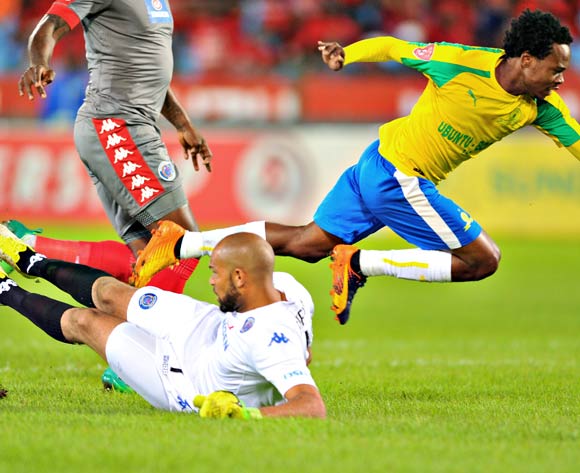 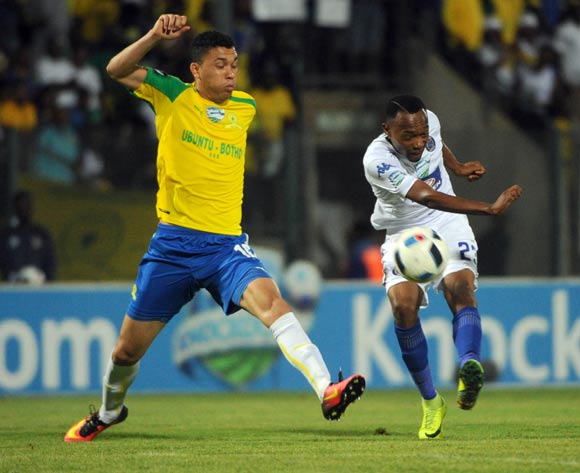 Welcome to the live play-by-play for the ABSA Premiership 2016/17 match between Mamelodi Sundowns and SuperSport Utd at Loftus Versveld Stadium.

1' The match is underway!
7' Clayton Daniels (SuperSport Utd) scores an own goal.

Welcome to the live play-by-play for the ABSA Premiership 2016/17 match between Mamelodi Sundowns and SuperSport Utd at Loftus Versveld Stadium.

Goals came through an own goal by defender Clayton Daniels, whilst Khama Billiat netted a brace, Themba Zwane and Mzikayise Mashaba scored the other two.

The loss for Stuart Baxter's outfit sees them moving to the fifth place on the log table with 37 points from 22 matches.

Sundowns started like a house on fire as Percy Tau failed to convert two wonderful opportunities in the first five minutes coming from defence-splitting passes from the midfield, but United goalkeeper Riyaad Pieterse denied him on both occasions.

In the sixth minute, Sundowns continued to pile pressure and broke the deadlock through an own goal by Daniels. As Tau tried to chip Pieterse, his attempt deflected off the defender to beat the oncoming keeper.

Despite the wet surface, the Brazilians skipper Hlompho Kekana nearly made it 2-0 in the 14th minute when his header hit the woodwork after a great cross from the right flank.

However, Zwane doubled Sundowns’ lead four minutes later when a cross fell for Tebogo Langerman and his shot was blocked by defender Morgan Gould, allowing Zwane to easily tap in from close range.

Just after the 25th minute, Mashaba made it 3-0 for the hosts after receiving a wonderful back heel from Billiat in the penalty area to beat Pieterse on his right post.

United tried to control the midfield and create a chance to give keeper Denis Onyango something to work on, but they failed to penetrate their hosts.

However, with one minute to go to the tunnel, Billiat also wrote his name on the scoresheet with a powerful low shot from a distance to beat Pieterse on his right corner.

Amatsantsantsa A Pitori gave the Ugandan goalkeeper something to do in the second half as Onyango saved Daniels' header in the 48th minute.

United were caught napping in the 62nd minute when Langerman whipped in a beautiful cross from the left and Billiat completed his brace with a great finish, making it 5-0.

Reneilwe Letsholonyane took matters to his hands as he unleashed a powerful shot from a distance in the 67th minute, but Onyango produced a fine save.

As they searched for a consolation goal, Daniels also came close to redeeming himself in the last six minutes when his free header went straight to Onyango from a well taken set piece through Modiba.

In the end, the African champions managed to break their six-match winless run in all competitions as they claim a victory.

The victory for Sundowns elevates them to number four on the log table with 38 points from 20 matches.

Sundowns have gone five league matches without a win after they were held 0-0 at home by Bloemfontein Celtic on April 5.

The Tshwane side has claimed 21 points from 10 home matches this season.

The Brazilians are placed fifth on the Absa Premiership log with 35 points from 19 matches.

SuperSport suffered their first league defeat since the first round of the season when they were beaten 1-0 at home by Baroka FC on April 1.

The Tshwane side has claimed 16 points from 11 away matches this season.

Matsatsantsa are placed fourth on the Absa Premiership log with 37 points from 21 matches.

In head-to-head stats, Sundowns and SuperSport have met in 50 league matches since 1990.

The Brazilians have claimed 25 wins compared to 14 for Matsatsantsa, while 11 matches have been drawn.

Sundowns have won 11 of their 25 home league matches against United, suffering nine defeats in the process.

Last season the Brazilians completed a league ‘double’ over SuperSport, winning 2-0 both home and away.

‘Downs have won the last five successive league matches against United by an aggregate score of 12-2.