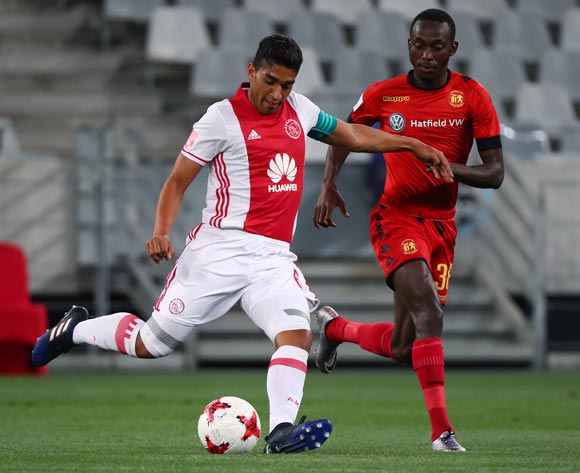 Welcome to the live play-by-play for the ABSA Premiership 2016/17 match between Ajax Cape Town and Highlands Park FC at Cape Town Stadium.

Welcome to the live play-by-play for the ABSA Premiership 2016/17 match between Ajax Cape Town and Highlands Park FC at Cape Town Stadium.

Mark Mayambela scored the only goal of the game as Ajax Cape Town edged Highlands Park 1-0 in an Absa Premiership clash at Cape Town Stadium on Wednesday evening.

The wing-wizard finding the back of the net in the ninth minute, to seal not only another man-of-the-match accolade but also the clubs first three points of 2017.

Mayambela showed his class to chip the ball over the onrushing Tapuwa Kapini after Prince Nxumalo thread the eye of the needle - the strike a sure goal of the month contender.

Mayambela was at it again in the 18th minute, but his cross went just out of reach of Thabo Mosadi at the back post.

The Lions of the North, though, had their chances and should have pulled level two minutes before the interval. Brandon Theron guilty of seeing his header attempt wide with the goal at his mercy.

The Urban Warriors were unlucky not to double their lead in the 64th minute as Thabo Mosadi saw his volley attempt canon off the crossbar - the goal would have eased tension inside the stadium as the rain started to come down...

Tension, though, would be present till the final whistle with second-half substitute Collins Mbesuma almost snatching a point for the visitors. The burly Zambian also seeing his header attempt wide from close range.

Ajax Cape Town, though, did just about enough to secure all three points. Victory moving Stanley Menzo's troops up to 11th place on the log standings while the Tembisa-based club drop to the bottom of the table - five points behind the Urban Warriors.