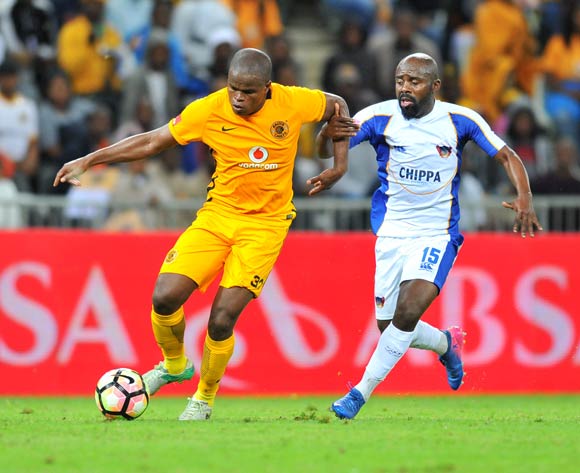 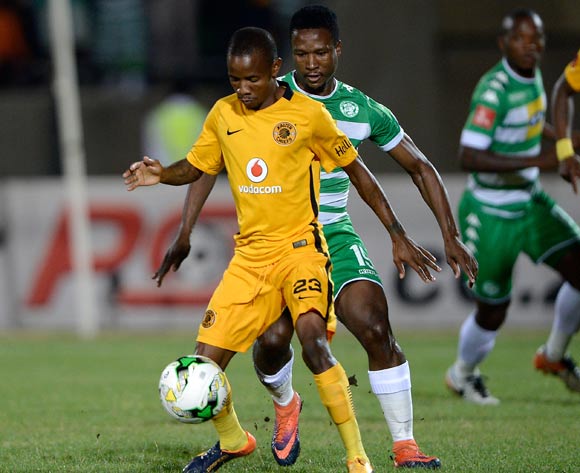 Welcome to the live play-by-play for the ABSA Premiership 2016/17 match between Kaizer Chiefs and Chippa United at FNB Stadium.

Welcome to the live play-by-play for the ABSA Premiership 2016/17 match between Kaizer Chiefs and Chippa United at FNB Stadium.

Chippa United failed to bag two wins over Kaizer Chiefs in the Absa Premiership after losing their match 1-0 on Saturday at Mbombela Stadium.

The Chilli Boys came to the tie hoping to claim another win, but the loss sees them sitting at number 12 on the log standings with 24 points from as many matches.

A late strike from substitute, George Lebese's handed Steve Komphela's men the deserved three points as they avenge the 3-1 defeat they suffered in the first round.

In the opening five minutes saw Steve Komphela's men starting the contest on a high as they kept the visitors under pressure.

Siphiwe Tshabalala showed his quality on the left flank, beating his marker before putting a brilliant cross for Ramahlwe Mphahlele, whose header missed the target in the 15th minute with only goalkeeper Daniel Akpeyi to beat.

In the 31st minute, George Maluleka attempted to beat Akpeyi from long range with a well struck effort, but it went inches wide of the right post.

Five minutes later, the Chilli Boys fought hard to penetrate their hosts and skipper Thamsanqa Sangweni failed to test keeper Itumeleng Khune as his effort went over the cross bar.

After great football from both sides and on the stroke of half time, Gustavo Paez also came close, receiving a cross from Edmore Chirambadare, yet the Venezuelan could not control his acrobatic shot as it went wide.

Despite the attempts to break the deadlock, it was 0-0 at half time.

10 minutes into the second stanza, Mphahlele made a good run into Chippa's half and laid the ball for Tshabalala in the box, but the midfielder's left-footed attempt sailed wide.

With 17 minutes to go, substitute Lebese sold his opponent a dummy and picked up Paez, but still the forward could not find his way past Akpeyi, who made a save.

Chiefs showed a sense of urgency and with five minutes to go, and Lebese converted in the box with a powerful left-footed shot following a clever pass from William Twala on the left flank.

Despite Dan Malesela's men resilience to find an equaliser, Amakhosi controlled the proceedings as they marched on with the full three points.

The victory elevates Chiefs to number two on the log with 45 from 24 games, separated by goal difference from leaders Cape Town City.

Kaizer Chiefs will look to continue their strong form in the Absa Premiership when they host Chippa United at Mbombela Stadium on 15 April 2017, kick-off at 18h00.

Chiefs extended their unbeaten run in the league to 11 matches with a 2-0 away win over Bloemfontein Celtic on April 12.

The Soweto side has claimed 24 points from 12 home matches this season.

The Amakhosi are placed second on the Absa Premiership log with 42 points from 23 matches.

Chippa saw their winless run in the league extended to eight matches with a 0-0 draw at home to Polokwane City on April 11.

The Eastern Cape side has claimed six points from 11 away matches this season.

The Chilli Boys are placed 12th on the Absa Premiership log with 24 points from 23 matches.

In head-to-head stats, Chippa and Chiefs have met in seven league matches since 2012/13.

The Amakhosi have claimed four wins compared to two for the Chilli Boys, while one match has been drawn.

Chiefs have won two of their three home league matches against Chippa, suffering one defeat in the process.

When the teams met earlier this season, the Chilli Boys claimed a 3-1 home win in the Eastern Cape.