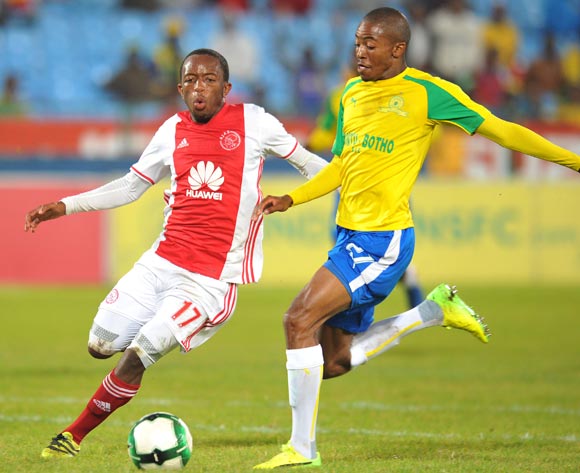 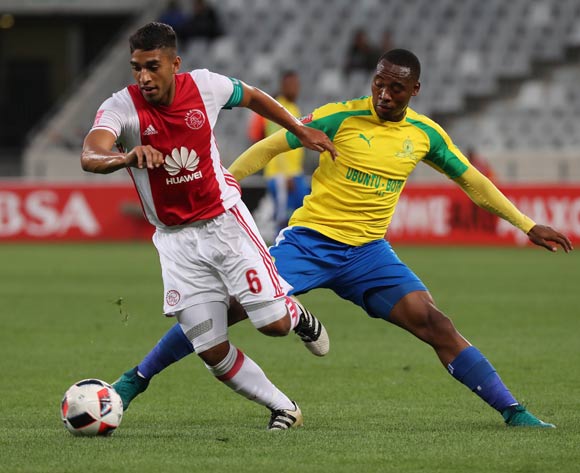 Welcome to the live play-by-play for the ABSA Premiership 2016/17 match between Mamelodi Sundowns and Ajax Cape Town at Loftus Versveld Stadium.

46' The second half is underway
61' Dennis Onyango (Mamelodi Sundowns) is cautioned.

Welcome to the live play-by-play for the ABSA Premiership 2016/17 match between Mamelodi Sundowns and Ajax Cape Town at Loftus Versveld Stadium.

Percy Tau and Themba Zwane on target for the Brazilians who move up to second place on the standings, with results elsewhere having gone their way.

The Urban Warriors, in fact, enjoyed an outstanding first half with Stanley Menzo's game plan working to perfection.

For large parts of the game it seemed as if a repeat of the reverse fixture was on the cards, only for 'Downs to turn up the style following the break.

After Khama Billiat and Tau saw their respective efforts over the crossbar, the latter was brilliantly denied by Brandon Petersen in the 31st minute.

Ajax Cape Town ended the half the better of the two sides with Neo Makua and Thabo Mosadi forcing Denis Onyango into successive saves at the opposite end of the park, as the first stanza ended goalless.

The Brazilians improved following the interval and were unlucky not to hit the front as Hlompho Kekana's 45-yard rocket rattled the woodwork.

Tau finally broke the deadlock in the 68th minute as he calmly chipped the ball over the onrushing Petersen after being put through on goal by former Urban Warrior, Billiat.

Sundowns doubled their lead six minutes later through Zwane - the midfielder on hand to tap into an open net following a weaving run my Anthony Laffor.

Ajax Cape Town provided little threat in the closing stages as 'Downs made huge strides in defending their title.

Mamelodi Sundowns will look to continue their winning form in the Absa Premiership when they host Ajax Cape Town at Loftus Versfeld Stadium on 25 April 2017, kick-off at 19h30.

Sundowns claimed a third successive win when they defeated SuperSport United 1-0 away on April 19.

The Tshwane side has claimed 24 points from 11 home matches this season.

The Brazilians are placed fourth on the Absa Premiership log with 44 points from 22 matches.

Ajax played to a fifth draw from their last seven league matches when they were held 1-1 at Golden Arrows on April 15.

The Cape Town side has claimed 11 points from 12 away matches this season.

The Urban Warriors are placed 10th on the Absa Premiership log with 26 points from 24 matches.

The Brazilians have claimed 13 wins compared to 11 for the Urban Warriors, while 11 matches have ended in draws.

Sundowns have won eight of their 17 home league matches against Ajax, suffering four defeats in the process.

When the teams met earlier this season, the Urban Warriors claimed a 2-0 home win in Cape Town.