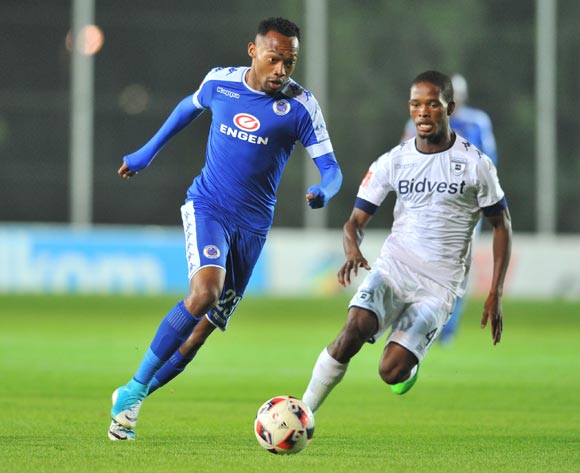 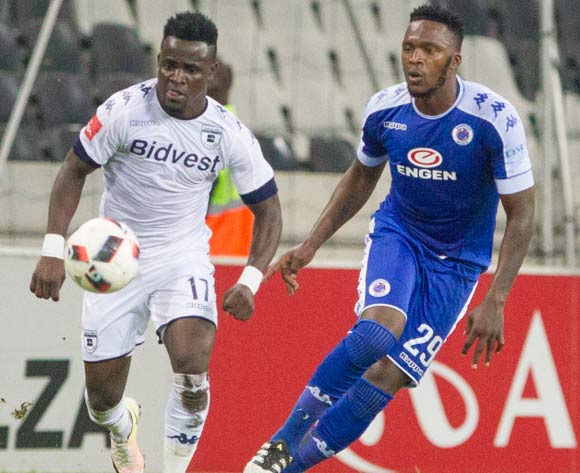 Gabadinho Mango of Wits and Morgan Gould of Supersport United during the Absa Premiership 2016/17 game between Supersport United and Bidvest Wits at Mbombela Stadium, Mpumalanga on 29 November 2016 © BackpagePix

Welcome to the live play-by-play for the ABSA Premiership 2016/17 match between Bidvest Wits and SuperSport Utd at Bidvest Stadium.

1' The match is underway!
18' Reeve Frosler (Bidvest Wits) is cautioned.

46' The second half is underway
57' Thabang Monare (Bidvest Wits) is cautioned.

Welcome to the live play-by-play for the ABSA Premiership 2016/17 match between Bidvest Wits and SuperSport Utd at Bidvest Stadium.

As a result Matsatsantsa stay fifth on the league standings, while the Clever Boys drop down to third on the table.

The two sides struggled to create clear-cut chances in the early stages of the encounter and both goalkeepers were not seriously tested.

Daine Klate looked dangerous for the Clever Boys, but he was tightly marked by the Matsatsantsa defence which was marshalled by Clayton Daniels.

SuperSport forward Thabo Mnyamane also tried to put his side into the lead towards the half-time break, but his attempts at goal missed the target.

The score was 0-0 during the half-time break following a quiet first-half in the city of Johannesburg.

Phakamani Mahlambi was introduced by Wits coach Gavin Hunt 14 minutes after the restart as the home side looked to break the deadlock.

However, it was the visitors who broke the deadlock in the 67th minute when Thabo Mnyamane set-up Thuso Phala and the latter made it 1-0 to SuperSport.

Nevertheless, SuperSport were able to contact Wits in the remaining minutes of the game and they recorded a 1-0 win over Wits.

Bidvest Wits and SuperSport United will renew their rivalry in the Absa Premiership when they meet at Bidvest Stadium on 25 April 2017, kick-off at 19h30.

Wits extended their unbeaten run in the league to five matches with a 1-1 draw away to Cape Town City on April 19.

The Johannesburg side has claimed 25 points from 10 home matches this season.

The Clever Boys are placed second on the Absa Premiership log with 45 points from 22 matches.

SuperSport suffered a third successive league loss when they were beaten 1-0 at home by Mamelodi Sundowns on April 19.

The Tshwane side has claimed 16 points from 12 away matches this season.

Matsatsantsa are placed fifth on the Absa Premiership log with 37 points from 23 matches.

In head-to-head stats, Wits and SuperSport have met in 49 league matches since 1990.

The Clever Boys have claimed 16 wins compared to 15 for Matsatsantsa, while 18 matches have been drawn.

Wits have won eight of their 24 home league matches against SuperSport, suffering six defeats in the process.

When the teams met earlier this season, Matsatsantsa claimed a 2-0 home in in Tshwane.

SuperSport’s win back in November was their first over Wits since the 2011/12 season.