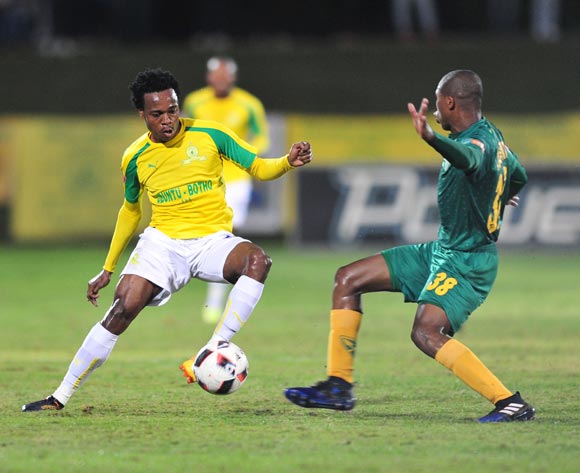 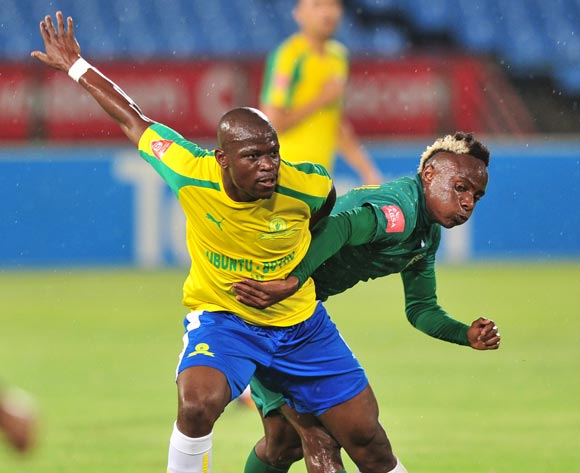 Welcome to the live play-by-play for the ABSA Premiership 2016/17 match between Golden Arrows and Mamelodi Sundowns at Princess Magogo Stadium.

Welcome to the live play-by-play for the ABSA Premiership 2016/17 match between Golden Arrows and Mamelodi Sundowns at Princess Magogo Stadium.

Wasteful Golden Arrows succumbed to a 2-0 loss against Mamelodi Sundowns on Friday night during their Absa Premiership match at the Princess Magogo Stadium.

In the wake of the defeat, Abafana Bes'thende remain placed at number eight on the log table with 31 points with four matches left to wrap-up their 2016/17 Premier Soccer League season.

Meanwhile, goals for the African champions came from skipper Hlompho Kekana and Motjeka Madisha to hand them their fifth straight win.

Percy Tau broke free in the fourth minute after he was set up by Themba Zwane, but the speedy forward's attempt could not trouble Arrows goalkeeper Nkosingiphile Gumede.

Four minutes later Sundowns keeper Denis Onyango showed his class when he denied Kudakwashe Mahashe in a one-on-one situation in the box.

Arrows denied their visitors in the 28th minute as Matome Mathiane cleared Khama Billiat's strike at goal off the line with the keeper beaten as Sundowns protested for a hand ball, yet the referee did not entertain the protest.

Clinton Larsen's men responded in the 40th minute as they searched for a goal, but Lerato Lamola's bicycle-kick in the box went over the cross bar.

Upon their return from the tunnel, Lamola used his trickery in the 51st minute as he was set up from the midfield, but the forward failed to hit the target with just Onyango to beat.

For the second time, Onyango was equal to the task when he denied Mahachi from close range in the 58th minute.

However, a minute later Sundowns broke the deadlock when Kekana blasted a well-placed shot from the edge of the area into the right corner of the net, 1-0.

With time running out for Abafana Bes'thende, Onyango was in an uncompromising mood as he swallowed Nkanyiso Cele's shot from the d-line.

Despite Arrows’ push to score a consolation goal, Sundowns continued to dominate Arrows as they marched on to their fifth straight league win.

The win for Sundowns sees them move to the top of the league table with 50 points from 24 matches.

Golden Arrows will look to put a dent in Mamelodi Sundowns’ Absa Premiership title hopes when the teams meet at Princess Magogo Stadium on 28 April 2017, kick-off at 20h00.

Arrows suffered a third loss in their last five league matches when they were beaten 3-1 at Polokwane City on April 25.

The Durban side has claimed 19 points from 12 home matches this season.

Abafana Bes’thende are placed eighth on the Absa Premiership log with 31 points from 24 matches.

The Tshwane side has claimed 20 points from 11 away matches this season.

The Brazilians are placed second on the Absa Premiership log with 47 points from 23 matches.

In head-to-head stats, Arrows and Sundowns have met in 31 league matches since 2000/01.

The Brazilians have 14 wins compared to nine for Abafana Bes’thende, while eight matches have been drawn.

Arrows have won seven of their 15 home league matches against Sundowns, suffering six defeats in the process.

When the teams met earlier this season, the Brazilians claimed an emphatic 3-0 home win in Tshwane.

These teams have played to four draws in their last nine league meetings, compared to four stalemates in their first 22 matches.