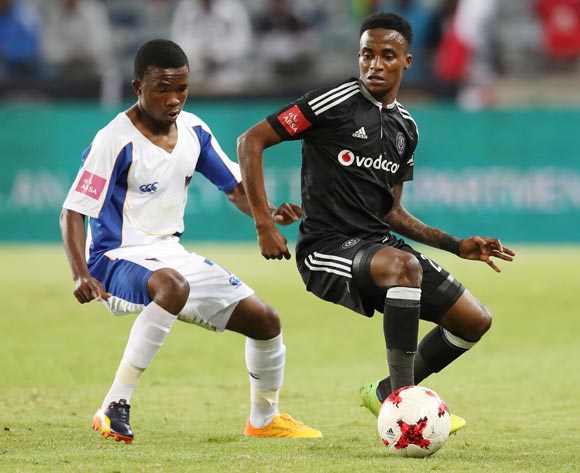 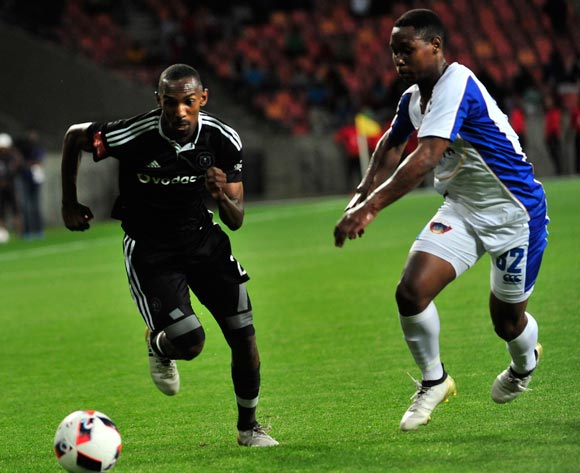 Welcome to the live play-by-play for the ABSA Premiership 2016/17 match between Orlando Pirates and Chippa United at Orlando Stadium.

Welcome to the live play-by-play for the ABSA Premiership 2016/17 match between Orlando Pirates and Chippa United at Orlando Stadium.

Bucs beat Chippa to move into top half

The victory takes the Buccaneers into the top half of the table (they are eighth, displacing Golden Arrows thanks to a superior goal difference), while the Chilli Boys remain ominously close to the relegation zone in 12th.

Chippa were dealt an early blow when they had to replace defender Pentjie Zulu due to injury inside the opening 10 minutes, while they also forced Pirates goalkeeper into a fine save through an effort from Andile Mbenyane shortly thereafter.

On 22 minutes it was Chippa ‘keeper Zama Dlamini’s turn to show off his ability as he got up sharply to tip over a long-range drive from Abbubaker Mobara.

Yet there was nothing Dlamini could do to prevent Thamsanqa Gabuza turning home Thabo Matlaba’s cross with a brilliant acrobatic volley in the 29th minute. The big striker’s first league goal of the season made it 1-0 to the Buccaneers.

The hosts dominated the rest of the first stanza, but on the stroke of half time the Chilli Boys claimed an equaliser almost out of nowhere, putting together a fine passing move which ended with Paseka Mako sliding a shot through Mpontshane’s legs to make it 1-1 at the break.

Twenty minutes into the second half Pirates reclaimed the lead through Matlaba, who let fly with a long-range effort which wrong-footed Dlamini and found its way into the back of the net despite the ‘keeper getting a hand to it.

Chippa looked to get back into the game, but in the dying minutes their hopes were crippled when midfielder Thamsanqa Sangweni picked up his second yellow card and was sent for an early shower.

Orlando Pirates will look for a return to winning form in the Absa Premiership when they host Chippa United at Orlando Stadium on 29 April 2017, kick-off at 20h15.

Pirates played to a second successive draw when they were held 1-1 at home by Baroka FC on April 26.

The Soweto giants have claimed 16 points from 12 home matches this season.

The Buccaneers are placed ninth on the Absa Premiership log with 28 points from 24 matches.

Chippa have gone 10 league matches without a win after they were beaten 3-2 at home by Maritzburg United on April 25.

The Eastern Cape side has claimed six points from 12 away matches this season.

The Chilli Boys are placed 12th on the Absa Premiership log with 24 points from 25 matches.

In head-to-head stats, Pirates and Chippa have met in seven league matches since the 2012/13 season.

Both the Buccaneers and the Chilli Boys have claimed three wins, while one match ended in a draw.

Pirates have won two of their three home league matches against Chippa, suffering one defeat in the process.

When the teams met earlier this season, the Buccaneers claimed a 1-0 away win in the Eastern Cape.

Chippa have kept four clean sheets in their seven league matches against Pirates.