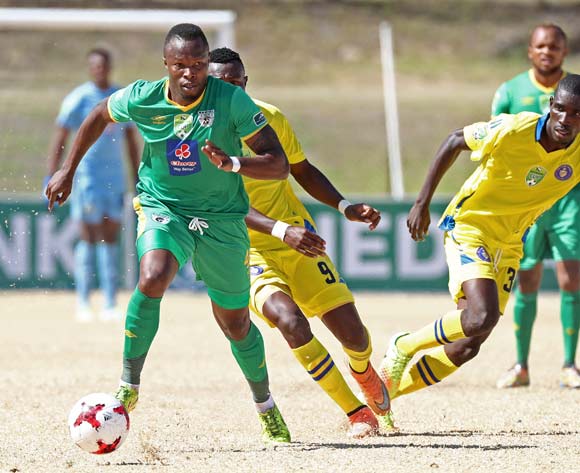 Welcome to the live play-by-play for the ABSA Premiership 2016/17 match between Baroka FC and Bloemfontein Celtic at New Peter Mokaba Stadium.

Welcome to the live play-by-play for the ABSA Premiership 2016/17 match between Baroka FC and Bloemfontein Celtic at New Peter Mokaba Stadium.

An 80th minute goal from Lyle Lakay rescued a point for Bloemfontein Celtic as they played to a 1-1 draw against Baroka FC in an Absa Premiership match at the Peter Mokaba stadium on Sunday afternoon.

While the point does not help their situation too much in terms of their relegation concerns it does see Celtic move up to 12th place on the table with 25 points from 25 matches. Still, they are only two points away from the relegation zone.

Baroka, on the other hand, are in the thick of the relegation scrap with the draw leaving them placed second from bottom on the Absa Premiership log with 23 points from 26 matches, only a point above bottom placed Highlands Park.

The opening stages of the match belonged to Baroka as they opened the scoring in the eight minute when Mzwanele Mahashe powerfully headed home a Punch Masenamela cross, 1-0.

The side from Bloemfontein came close to finding the equaliser on the half hour mark, but Ayanda Dlamini’s long range effort sailed over the target.

In the 40th minute Baroka nearly scored their second when Jose Garcia unleashed a fine strike from the edge of the box, but he was denied by Celtic goalkeeper Patrick Tignyemb.

Celtic entered the half time break trailing by a goal.

The second half started very slowly with both sides struggling to creat goal scoring chances due to some poor passing in the final third.

Baroka had the perfect chance to wrap-up the game in the 70th minute when substitute Victor Letsoalo broke through on goal, but he was denied in a one-on-one with Tignyemb.

Ten minutes later Celtic managed to level matters when a great strike from Lyle Lakay hit the back of the net, 1-1.

Celtic pushed players in forward in search of the winner late on, but could not break down the Baroka defence as the two teams settled for a share of the spoils.

Baroka FC and Bloemfontein Celtic will meet for an Absa Premiership relegation ‘six-pointer’ at the Peter Mokaba Stadium on 30 April 2017, kick-off at 15h00.

Baroka recorded their 10th draw of the season when they were held 1-1 at Orlando Pirates on April 26.

The Limpopo side has claimed 10 points from 13 home matches this season.

Bakgaga are placed 16th on the Absa Premiership log with 22 points from 25 matches.

Celtic saw their winless run in the league extend to three matches with a 1-1 draw at home to Highlands Park on April 25.

The Bloemfontein side has claimed 14 points from 11 away matches this season.

Phunya Sele Sele are placed 13th on the Absa Premiership log with 24 points from as many matches.

In head-to-head stats, Baroka and Celtic have met in just one previous top flight league match.