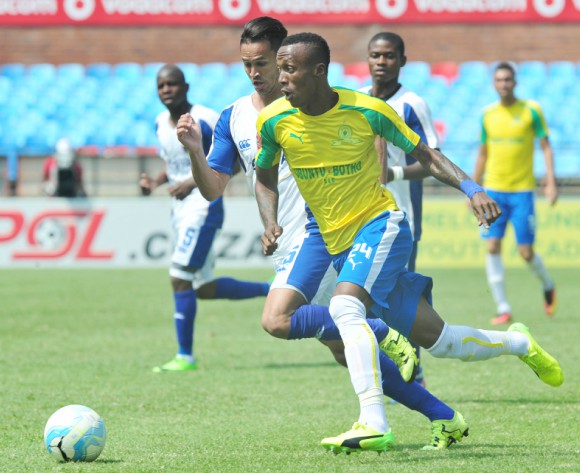 Welcome to the live play-by-play for the ABSA Premiership 2016/17 match between Mamelodi Sundowns and Chippa United at Loftus Versveld Stadium.

1' The match is underway!
27' Justice Chabalala (Chippa United) is cautioned.

Welcome to the live play-by-play for the ABSA Premiership 2016/17 match between Mamelodi Sundowns and Chippa United at Loftus Versveld Stadium.

Mamelodi Sundowns and Chippa United played to a goalless stalemate in an Absa Premiership which was completed at Loftus Stadium on Wednesday morning.

The game was abandoned in the 42nd minute of the first half on Tuesday night due to a power failure. The league confirmed that, according to rule 14 of the NSL handbook, the match would continue where it left off at 10am on Wednesday morning.

The remaining minutes of the first half were played out without any notable incidents. Early in the second half Percy Tau almost handed ‘Downs the lead, flashing a shot just wide of Daniel Akpeyi’s right-hand post.

It signalled the start of a sustained spell of pressure for the Brazilians, though they needed Thapelo Morena to make a crucial tackle on Menzi Masuku in the 70th minute as the former Orlando Pirates man threatened to cut open the home side’s defence.

Sundowns coach Pitso Mosimane responded with a triple change around the 75-76 minute mark, sending on Leonardo Catsro, Teko Modise and Asavela Mbekile in an attempt to swing the game in his team’s favour.

Castro very nearly made an immediate impact, with the striker denied by Akpeyi’s legs from his first sight of goal, while on 80 minutes Chippa’s Thamsanqa Sangweni drove a long-range effort on target which called for a fine save from Wayne Sandilands.

The result sees Sundowns remain in fifth place, now on 33 points from 15 matches, while Chippa stay in ninth on 22 points from 19 matches. Both teams will be in league action this weekend.