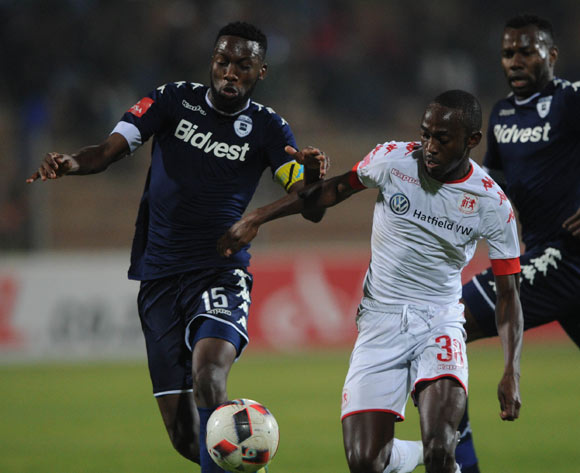 Welcome to the live play-by-play for the ABSA Premiership 2016/17 match between Highlands Park FC and Bidvest Wits at Makhulong Stadium.

Welcome to the live play-by-play for the ABSA Premiership 2016/17 match between Highlands Park FC and Bidvest Wits at Makhulong Stadium.

Highlands Park relegations woes worsened after suffering a 2-0 loss to Bidvest Wits in an Absa Premiership match at the Makhulong Stadium on Friday night.

The loss sees Highlands move to the bottom of the log table. They currently have 22 points which is the same as Baroka FC but with an inferior goal difference.

The home team were extremely poor on the night and offered very little in terms of an attacking threat.

Wits, on the other hand, looked cool, calm and collected, easily dispatching of Gordon Igesund’s men.

Both of Wits goals came in the opening half in a victory that sees them in contention for the league title once more.

The win sees Wits in third place on the table, only two points behind league leaders Mamelodi Sundowns who also won 2-0 on Friday night after beating Golden Arrows.

Wits opened the scoring in the 19th minute when Granwald Scott found the corner of the net with a superb shot from the edge of the box, 1-0.

Five minutes from half time the Clever Boys scored their second goal when a swift passing move ended with Vincent Pule slotting the ball home after latching onto a pass from Mogakolodi Ngele, 2-0.

The second half was not as entertaining as the first with the only real threat coming around the 68th minute mark when Wits’ Buhle Mkhwanazi headed a Daine Klate cross inches wide of the target.

The Clever Boys took their foot off the pedal after that and crusied to a comfortable win as Highlands struggled to threaten in attack.