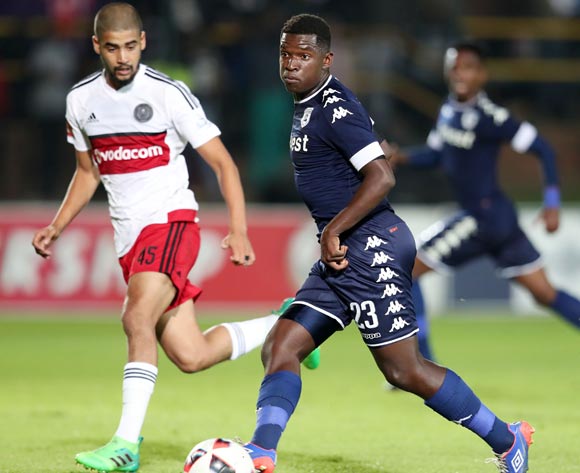 Welcome to the live play-by-play for the ABSA Premiership 2016/17 match between Bidvest Wits and Orlando Pirates at Bidvest Stadium.

Welcome to the live play-by-play for the ABSA Premiership 2016/17 match between Bidvest Wits and Orlando Pirates at Bidvest Stadium.

The hard-fought victory took the Students to the top of the league table, while the Buccaneers stay eighth on the standings.

Bucs threatened first when Abbubaker Mobara surged forward and he unleashed a shot which was saved by Wits goalkeeper Josephs in the ninth minute.

Josephs was also called into action 13 minutes later and he punched away Mpho Makola's free-kick as the visitors continued to search for the opening goal.

The Clever Boys also launched a few attacks, but they were struggling to penetrate the Bucs defence which was marshalled by Happy Jele.

Former Pirates goalkeeper Josephs denied Makola again from a free-kick in the 40th minute - ensuring that the first-half ended goalless.

The deadlock was finally broken 11 minutes into the second-half and it was super-sub Cuthbert Malajila, who gave the home side the lead.

The Zimbabwe international scored with a composed finish - beating Pirates goalkeeper Siyabonga Mpontshane to make it 1-0 to Wits.

Pirates created a few chances as they looked to restore parity, but they could not beat Josephs, who brilliantly denied Thabo Rakhale in the 62nd minute.

Wits also had chances in the late stages of the match which they missed. However, they did hold onto their slender lead and ultimately, they emerged 1-0 winners on the night.

Bidvest Wits will look to defend their place at the top of the Absa Premiership when they host Orlando Pirates at Bidvest Stadium on 4 May 2017, kick-off at 19h30.

Wits recorded a second successive league win when they defeated title rivals Mamelodi Sundowns 1-0 at home on May 1.

The Johannesburg side has claimed 28 points from 12 home matches this season.

The Clever Boys are placed first on the Absa Premiership log with 51 points from 25 matches.

Pirates have gone four matches unbeaten in the league after winning 2-1 at home to Chippa United on April 29.

The Soweto giants have claimed 12 points from as many away matches this season.

The Buccaneers are placed eighth on the Absa Premiership log with 31 points from 25 matches.

In head-to-head stats, Pirates and Wits have met in 62 league matches since 1985.

The Buccaneers have 25 wins compared to 16 for the Clever Boys, while 21 matches have been drawn.

Wits have won nine of their 31 home league matches against Pirates, suffering 11 defeats in the process.

When the teams met earlier this season, the Clever Boys claimed a 2-1 away win in Soweto.