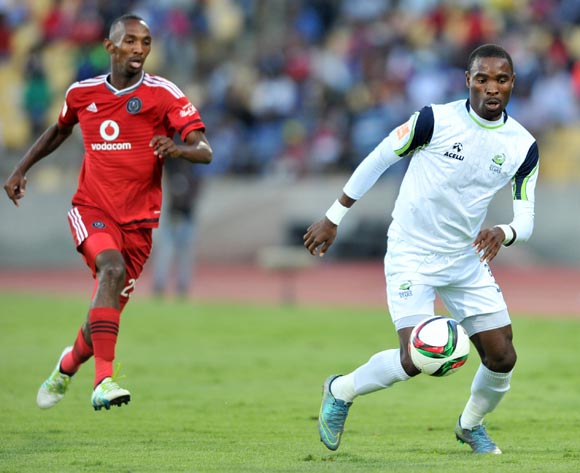 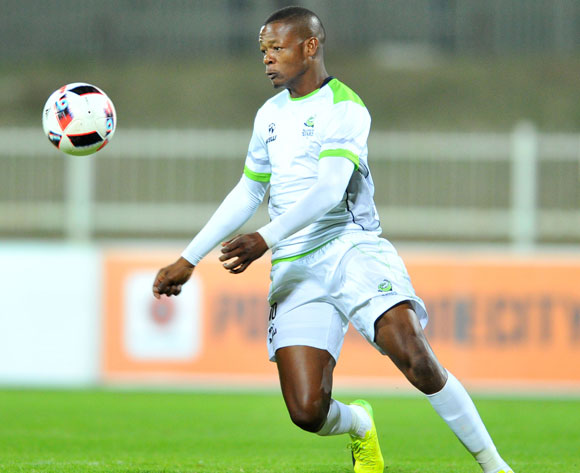 Welcome to the live play-by-play for the ABSA Premiership 2016/17 match between Platinum Stars and Highlands Park FC at Royal Bafokeng Stadium.

1' The match is underway!
32' Luvolwethu Mpeta (Platinum Stars ) is cautioned.

Welcome to the live play-by-play for the ABSA Premiership 2016/17 match between Platinum Stars and Highlands Park FC at Royal Bafokeng Stadium.

Highlands Park have been pushed closer to relegation from the Absa Premiership after they were beaten 1-0 at Platinum Stars on Sunday.

The defeat sees the Lions of the North remain bottom of the log on 22 points, with just three rounds of league action remaining in the 2016/17 season.

Stars’ strikers were in action early on, with Bonginkosi Ntuli receiving medical treatment for an early knock (which he was able to run off), while Ndumiso Mabena had the first shot in anger on 15 minutes, but sent his effort over the crossbar.

A few minutes later it was Highlands’ turn to threaten - Peter Shalulile was brought down just outside the penalty area and from the subsequent free kick Khethukuthula Zwane send a shot into the side netting.

Just past the midway point of the first half, Gerald Phiri set up Mabena for another sight of goal, but the former Orlando Pirates man saw his shot bravely blocked by the Highlands defence.

As half time approached the Lions of the North so nearly claimed the lead, with Mothobi Mvala putting an effort on target which needed Dikwena’s Solomon Mathe to make a heroic goal-line clearance.

Stars almost broke the deadlock 10 minutes into the second half when Mabena had the beating of goalkeeper Marlon Heugh with an effort direct from a free kick, but the crossbar came to Highlands’ rescue.

Midway through the second stanza the visitors created a great chance for Lindokuhle Mbatha, but Stars goalkeeper Mbongeni Mzimela pulled off a fine save to keep the score level at 0-0.

On 83 minutes the hosts created another good chance for Mabena, as he met a cross from the right flank, only to put his header wide of the goal with only Heugh to beat. Yet six minutes later the goal finally arrived for Dikwena, with Robert Ng’ambi scoring with a brave header which saw him knocked out in the process of scoring.

Stars out to break winless streak when they host Highlands

Platinum Stars will look to break their winless streak in the Absa Premiership when they host Highlands Park at Royal Bafokeng Stadium on 7 May 2017, kick-off at 15h00.

Stars have gone six league games without a win after they drew 2-2 at Mamelodi Sundowns on May 4.

The Rustenburg side has claimed 12 points from 13 home matches this season.

Dikwena are placed 11th on the Absa Premiership log with 27 points from 26 matches.

Highlands have gone five league matches without a win after losing 2-0 at home to Bidvest Wits on April 28.

The Tembisa-based side has claimed seven points from 13 away matches this season.

The Lions of the North are placed 16th on the Absa Premiership log with 22 points from 26 matches.

That encounter took place earlier this season, with the teams playing to a 2-2 draw in Tembisa.