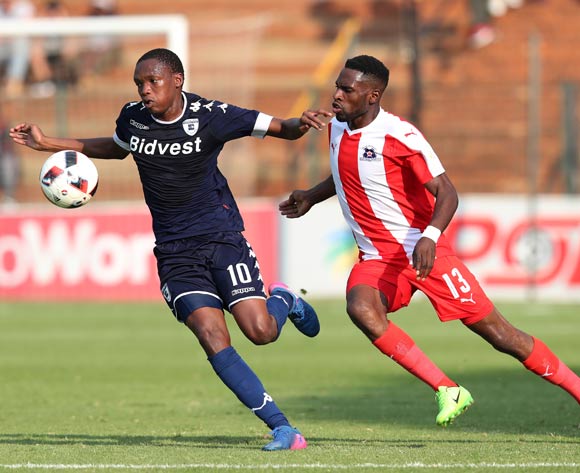 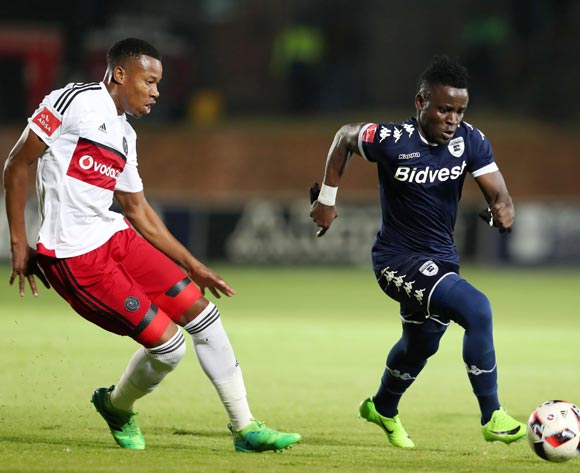 Welcome to the live play-by-play for the ABSA Premiership 2016/17 match between Bidvest Wits and Maritzburg Utd. at Bidvest Stadium.

1' The match is underway!
32' Sifiso Myeni (Bidvest Wits) is cautioned.

Welcome to the live play-by-play for the ABSA Premiership 2016/17 match between Bidvest Wits and Maritzburg Utd. at Bidvest Stadium.

Bidvest Wits were able to maintain top spot in the Absa Premiership after beating Maritzburg United 1-0 in a league match at Bidvest Stadium on Sunday afternoon.

The loss for Maritzburg does not see them drop out of the top eight as they currently occupy seventh place with 35 points from 27 matches.

Wits started positively with Gabadinho Mhango trying his luck from distance in the fifth minute, but his effort sailed inches over the crossbar.

Ten minutes later Thulani Hlatshwayo came close to scoring for Wits when he met a dangerous fre-kick into the box, but his header went narrowly wide of the target.

In the 20th minute Maritzburg created their first real chance with Lebohang Maboe creating some space for himself on the edge of the box, but his powerful shot was well-saved by Moeneeb Josephs.

Five minutes later Mogakolodi Ngele should have given the home side the lead when he broke through on goal, but fired over the target with just the keeper to beat.

Neither side could find a goal before the half time whistle and entered the break all-square.

Wits came out firing in the second half and almost scored two minutes after the restart when Thulani Hlatshwayo met a cross from Mogakolodi Ngele, but his header shaved the wrong side of the post.

Ten minutes later Wits did manage to take the lead when Phumlani Ntshangase headed home a free-kick delivered into the box by Phakamani Mahlambi, 1-0.

Maritzburg tried to find their way back into the match and came close to levelling matters in the 72nd minute when Kurt Lentjies met a cross into the box, but his header sailed just over the target with the keeper caught off his line.

Martizburg pushed hard for the equaliser in the final 15 minutes of the game, but could not break down a well-organised Wits defence.

Bidvest Wits will look to consolidate top spot on the Absa Premiership log when they host Maritzburg United at Bidvest Stadium on 7 May 2017, kick-off at 15h00.

Wits claimed a third successive league victory when they defeated Orlando Pirates 1-0 at home on May 4.

The Johannesburg side has claimed 31 points from 13 home matches this season.

The Clever Boys are placed first on the Absa Premiership log with 54 points from 26 matches.

Maritzburg claimed a third successive league win when they defeated Cape Town City 1-0 at home on May 1.

The KwaZulu-Natal side has claimed 15 points from 13 away matches this season.

The Team of Choice is placed seventh on the Absa Premiership log with 35 points from 26 matches.

In head-to-head stats, Wits and Maritzburg have met in 19 league matches since 2006/07.

The Clever Boys have nine wins compared to three for the Team of Choice, while seven matches have been drawn.

Wits have won five of their nine home league matches against Maritzburg, suffering two defeats in the process.

When the teams met earlier this season, they played to a 1-1 draw in Pietermaritzburg.