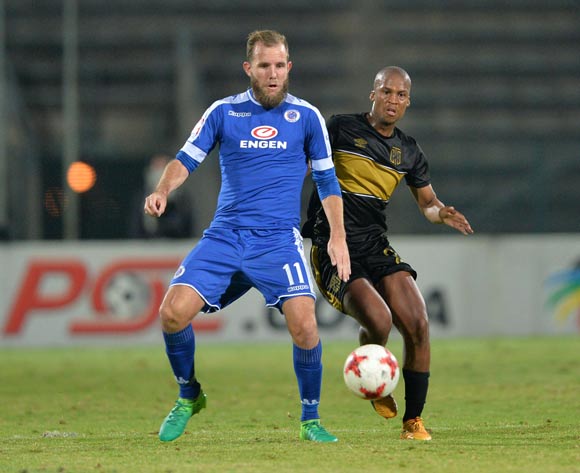 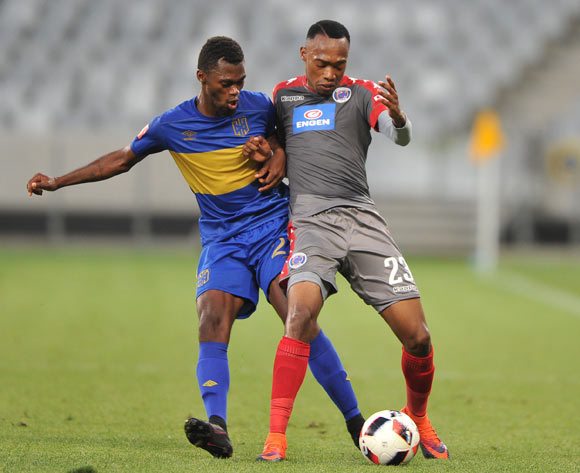 Welcome to the live play-by-play for the ABSA Premiership 2016/17 match between SuperSport Utd and Cape Town City FC at Lucas Moripe Stadium.

46' The second half is underway
49' Clayton Daniels (SuperSport Utd) scores!

Welcome to the live play-by-play for the ABSA Premiership 2016/17 match between SuperSport Utd and Cape Town City FC at Lucas Moripe Stadium.

The emphatic win saw Matsatsantsa move to the fourth spot on the league table, while the Citizens remain third on the standings.

The Citizens took an early lead after the Matsatsantsa backline made a horrible mistake and Lehlohonolo Majoro was there to punish them.

The former Orlando Pirates striker pounced and made it 1-0 to City - beating SuperSport keeper Ronwen Williams hands down in the process.

Matsatsantsa then took full control of the encounter and they created chances, but Walters made good saves to protect the Citizens' lead.

However, the towering shot-stopper was beaten on the half-hour mark and it was Thabo Mnyamane, who scored to level matters for SuperSport.

Thuso Phala, the SuperSport midfielder, came close to giving his side the lead in the 38th minute, but Walters denied him to ensure that the first-half ended at 1-1.

But it took only four minutes for Clayton Daniels to hand SuperSport the lead in the second-half when he scored from close range to make it 2-1 to the home side.

The lead only lasted for 11 minutes as Lebogang Manyama equalized from the spot-kick after City were awarded a penalty - with Daniels fouling Majoro in the box.

Jeremy Brockie had other ideas as the SuperSport centre forward beat Walters from close range to make it 3-2 to the home side in the 74th minute.

SuperSport were running riot as they also scored in stoppage time through Phala, who fired past Walters to hand the home side a 4-2 victory.

SuperSport United will look to dent the Absa Premiership title hopes of Cape Town City when the teams meet at Lucas Moripe Stadium on 9 May 2017, kick-off at 19h30.

SuperSport have gone four league matches without defeat after they beat Polokwane City 3-2 away on May 6.

The Tshwane side has claimed 23 points from 13 home matches this season.

Matsatsantsa are placed fifth on the Absa Premiership log with 45 points from 27 matches.

City claimed a fourth win from their last six league matches when they defeated Free State Stars 1-0 at home on May 5.

The Cape Town side has claimed 22 points from 13 away matches this season.

The Citizens are placed third on the Absa Premiership log with 52 points from 27 matches.

In head-to-head stats, SuperSport and City have met in just one previous top flight league match.

That encounter took place earlier this season, with the teams playing to a 1-1 draw in Cape Town.