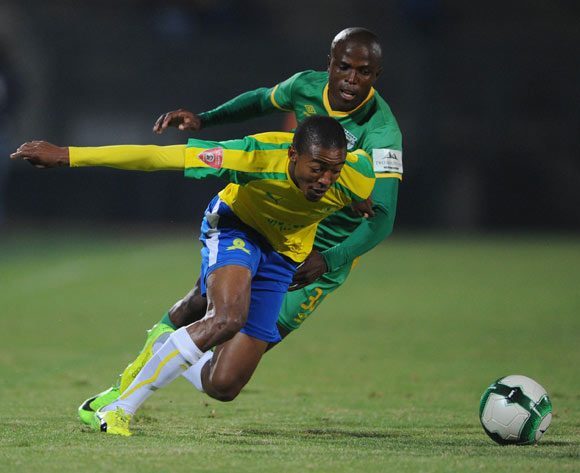 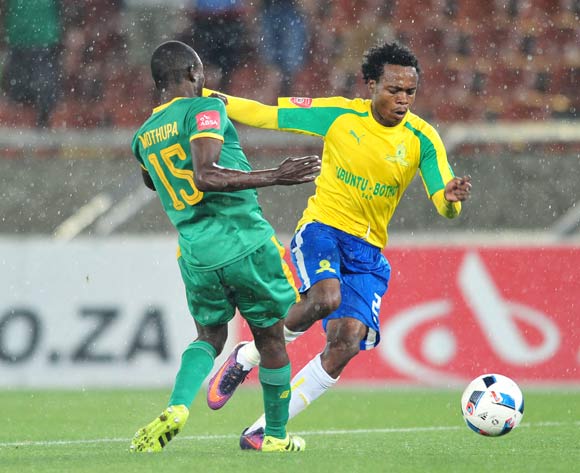 Welcome to the live play-by-play for the ABSA Premiership 2016/17 match between Mamelodi Sundowns and Baroka FC at Loftus Versveld Stadium.

Welcome to the live play-by-play for the ABSA Premiership 2016/17 match between Mamelodi Sundowns and Baroka FC at Loftus Versveld Stadium.

Sundowns held at home by Baroka

Mamelodi Sundowns conceded a late goal to draw 2-2 with Baroka FC at Lucas Moripe Stadium on Wednesday night and miss out on the chance to move to the top of the Absa Premiership.

The Brazilians looked on course to leapfrog Bidvest Wits, who lost 3-1 at Free State Stars, but a late spot kick converted by Richard Matloga earned the Limpopo side a valuable point in their fight against relegation.

Bakgaga Ba Mphahlele started on a high as they pushed their hosts’ defence, but they were denied by the lanky goalkeeper Denis Onyango.

However, Billiat netted easily for the hosts in the sixth minute when he finished from the goal line after a dangerous cross down the right through Thapelo Morena.

Just after the 15th minute, the hosts dictated the terms on the park as Billiat, Morena and Themba Zwane combined in the box, yet Zwane's effort sailed wide.

Eight minutes later, Milton Dlamini's men took the game to Sundowns and Matlakala's powerful header aiming for the top corner in the box was dealt with by Onyango.

The last five minutes saw Sundowns putting pressure on Baroka’s defence, and they stumbled as keeper Oscarine Masuluke failed to clear Mahashe's back pass to gift the hosts their second goal.

However, in the injury time, Baroka pulled one back through Mahashe's powerful header, resulting from a corner on the right - 2-1 at half time.

The return from the tunnel saw the Limpopo-based side enjoying the ball possession, yet they failed to trouble Onyango and his defence.

Sundowns looked shaky at the back and Baroka continued to pile pressure towards the 70th minute and Matlakala saw his header going over the crossbar.

Substitute Anthony Laffor made an immediate impact in the 73rd minute when he set up Billiat in the box - the Zimbabwean beat his marker, yet his final shot sailed wide.

In the last 10 minutes, Baroka pushed for an equaliser and in the end the defending champions also attacked as Laffor hit the side of the net in the 88th minute.

Exactly in the 90th minute, Morena was adjudged to have handled the ball and the referee pointed to the spot.

Substitute Matloga found the back of the net as he beat Onyango on his left corner, making it 2-2 and both sides walked away with a point apiece.

Mamelodi Sundowns will look to keep up their Absa Premiership title hopes when they host Baroka FC at Lucas Moripe Stadium on 10 May 2017, kick-off at 19h30.

Sundowns claimed their 16th league win of the season when they defeated Orlando Pirates 2-0 away on May 7.

The Tshwane side has claimed 28 points from 13 home matches this season.

The Brazilians are placed second on the Absa Premiership log with 54 points from 27 matches.

Baroka have gone three league matches without a win after they were held 1-1 at home by Bloemfontein Celtic on April 30.

The Limpopo side has claimed 12 points from as many away matches this season.

Bakgaga are placed 15th on the Absa Premiership log with 23 points from 26 matches.

In head-to-head stats, Sundowns and Baroka have met in just one previous top flight league match.

That encounter took place earlier this season, with the Brazilians claiming a 1-0 away win in Polokwane.