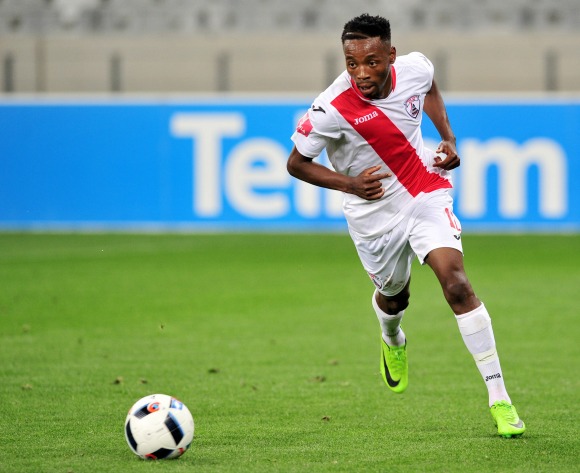 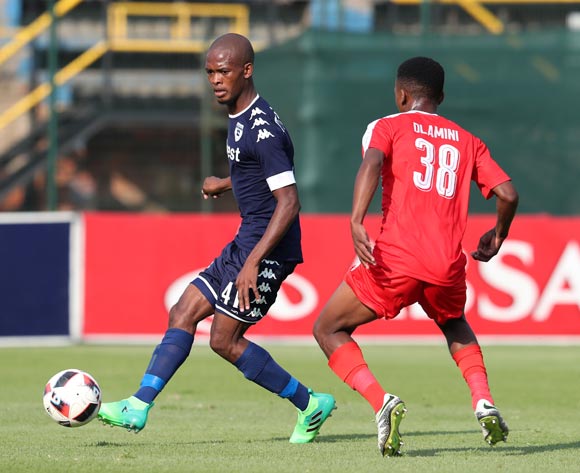 Welcome to the live play-by-play for the ABSA Premiership 2016/17 match between Free State Stars and Bidvest Wits at Goble Park Stadium.

Welcome to the live play-by-play for the ABSA Premiership 2016/17 match between Free State Stars and Bidvest Wits at Goble Park Stadium.

The win sees Ea Lla Koto climb up to the 12th spot on the league standings, while the Clever Boys remain at the top of the table with two games left.

Ea Lla Koto had a chance to take an early lead from a free-kick in the ninth minute, but Tamsanqa Teyise's effort from the set-piece was saved by Wits goalkeeper Moeneeb Josephs.

But the veteran shot-stopper was beaten 15 minutes later when Makhehlene Makhaula pulled the trigger from outside the box and the ball hit the back of the net to make it 1-0 to Stars.

Wits were finding it difficult to break Stars defence. Mogakolodi Ngele, the Wits striker, was neutralised by the Stars central defenders Rooi Mahamutsa and Tamsanqa Teyise.

Ea Lla Koto were able to contain the Clever Boys until the match blew the half-time whistle and Stars were leading 1-0 during the half-time much to the delight of the home crowd.

The Clever Boys came very close to levelling matters twelve minutes into the second-half, but Vincent Phiri's effort which had beaten Thela Ngobeni in Stars goal hit the upright.

It was soon 2-0 to Stars in the 65th minute when Mohammed Anas fired home after Sifiso Mbhele's effort had hit the upright and the former punished the Wits the defence.

Ten minutes later, Wits striker Cuthbert Malajila hit the back of the net to make it 2-1 for his side. But the visitors were reduced to 10 men after Sifiso Myeni received a straight red card.

Stars then took advantage of their numerical advantage as Sinethemba Jantjie scored in the last minute and the home side recorded a 3-1 victory over Wits.

Free State Stars will be desperate for three Absa Premiership points when they host title hopefuls Bidvest Wits at Goble Park Stadium on 10 May 2017, kick-off at 19h30.

Stars have gone five league matches without a win (including four losses) after they were beaten 1-0 at Cape Town City on May 5.

The Free State side has claimed 16 points from 13 home matches this season.

Ea Lla Koto are placed 14th on the Absa Premiership log with 23 points from 27 matches.

Wits claimed a fourth successive league win when they defeated Maritzburg United 1-0 at home on May 7.

The Johannesburg side has claimed 23 points from 13 away matches this season.

The Clever Boys are placed first on the Absa Premiership log with 57 points from 27 matches.

In head-to-head stats, Stars and Wits have met in 52 league matches since 1986.

The Clever Boys have 18 wins compared to 14 for Ea Lla Koto, while 20 matches have been drawn.

Stars have won 11 of their 26 home league matches against Wits, suffering five defeats in the process.

The teams’ league meeting earlier this season broke a spell of two matches without a goal in their rivalry.