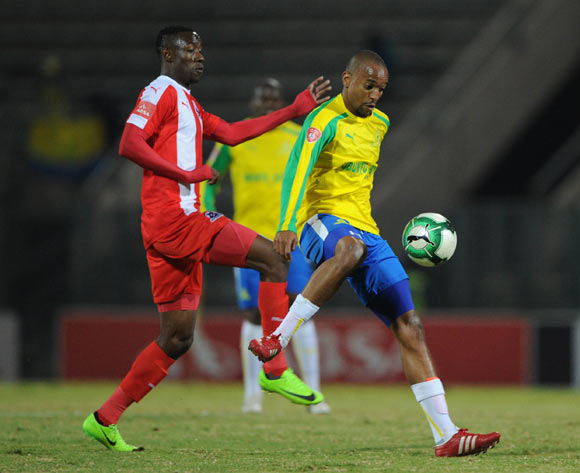 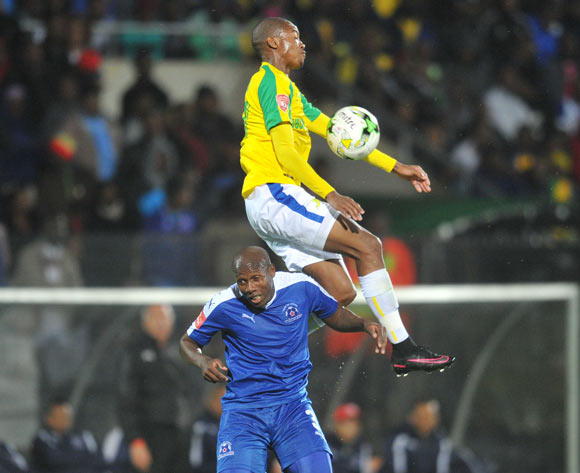 Welcome to the live play-by-play for the ABSA Premiership 2016/17 match between Mamelodi Sundowns and Maritzburg Utd. at Loftus Versfeld Stadium.

Welcome to the live play-by-play for the ABSA Premiership 2016/17 match between Mamelodi Sundowns and Maritzburg Utd. at Loftus Versfeld Stadium.

Onyango and Rusike goals not enough to down Brazilians

Although they netted first through Brian Onyango and Evans Rusike, Maritzburg United drew 2-2 against Mamelodi Sundowns in the Absa Premiership on Wednesday night at the Lucas Moripe Stadium.

The draw puts the Team of Choice at number seven with 37 points, with one match to wrap their 2016/17 Premier Soccer League season.

A late double from Cote d'Ivoire striker Yannick Zakri gave the Brazilians the deserved point as they failed to defend the league title.

The penultimate encounter saw the hosts taking the game to the Team of Choice and Tebogo Langerman saw his effort being saved by United goalkeeper Virgil Vries in the first minute.

In the 29th minute, Onyango handed the hosts the lead when he converted with a powerful header after meeting a pin-point cross, 1-0.

Three minutes later, Vries was equal to the task as he denied Teko Modise's well directed header to the far post as he showed his quality between the sticks.

In the 40th minute, Percy Tau delivered a wonderful cross in search of Khama Billiat, but the Zimbabwean couldn't connect with the pass.

In the 68th minute, United doubled their lead when Rusike outpaced Sundowns' Motjeka Madisha and managed to beat Mweene on his near post, 2-0.

In the last nine minutes, a dangerous combination between Hlompho Kekana and Tau in the box saw Vries punching away the skipper's well struck shot over the cross bar for a corner kick.

Yet with two minutes to go, substitute Zakri broke the deadlock for the hosts after a defence splitting pass from the midfield, 2-1.

In the injury time, Vries failed to collect the ball in the box and Sundowns scored their second goal through Zakri, but it was not enough as they were dethroned as league champions.

The point for Sundowns means they remain placed at number two, behind new champions Bidvest Wits with one league game left in the season.

Sundowns look to keep up the pressure

Mamelodi Sundowns will look to keep up the pressure in the race for the Absa Premiership title when they host Maritzburg United at Lucas Moripe Stadium on 17 May 2017, kick-off at 19h30.

Sundowns played to a second draw in their last three league matches when they were held 2-2 at home by Baroka FC on May 10.

The Tshwane side has claimed 29 points from 14 home matches this season.

The Brazilians are placed second on the Absa Premiership log with 55 points from 28 matches.

Maritzburg have gone two league matches without a win after they were held 0-0 at home by Platinum Stars on May 10.

The KwaZulu-Natal side has claimed 15 points from 14 away matches this season.

The Team of Choice is placed seventh on the Absa Premiership log with 36 points from 28 matches.

In head-to-head stats, Maritzburg and Sundowns have met in 21 league matches since 2005/06.

The Brazilians have 14 wins compared to three for the Team of Choice, while four matches have been drawn.

Sundowns have won seven of their 10 home league matches against United, suffering just one defeat in the process.

When the teams met earlier this season they played to a goalless stalemate in Pietermaritzburg.