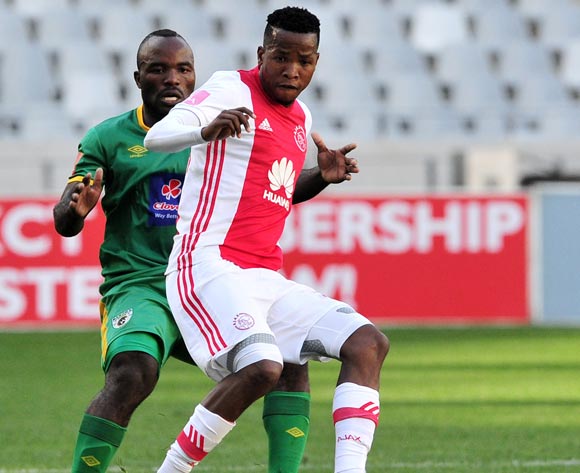 Welcome to the live play-by-play for the ABSA Premiership 2016/17 match between Ajax Cape Town and Baroka FC at Cape Town Stadium.

46' The second half is underway
51' Letladi Madubanya (Baroka FC) scores!

Welcome to the live play-by-play for the ABSA Premiership 2016/17 match between Ajax Cape Town and Baroka FC at Cape Town Stadium.

Ajax Cape Town suffered a 1-0 defeat to Baroka FC at Cape Town Stadium on Saturday afternoon, to finish what was a roller-coaster season in 10th place on the Absa Premiership log standings.

Letladi Madubanya with the only goal in a game that produced two red cards. The goal-scorer soon turned momentary villain while Roscoe Pietersen received his marching orders for the hosts.

The result moved the Limpopo side up to 15th place on the log standings as they live to fight another day. As a result, they will participate in the PSL relegation-promotion play-offs.

Pietersen was sent for an early shower following a foul on Victor Letsoalo in the 41st minute. The referee adjudging that the Urban Warriors forward was the final man.

Baroka made good use of the advantage as they opened the scoring in the 51st minute. Madubanya on target from a corner-kick.

The midfielder, though, was sent off nine minutes later following a second bookable offence with both team reduced to 10-men for the final half-hour of the match.

This sparked the Urban Warriors into life with Thabo Mosadi, Lebohang Mokoena and Mosa Lebusa squandering chances at goal. The best opportunity falling to prince Nxumalo who failed to find the back of the net with the goal at his mercy in the 79th minute.

A collective Baroka effort clearing the ball off the line as Ajax CT end a disappointing campaign outside the top 8.