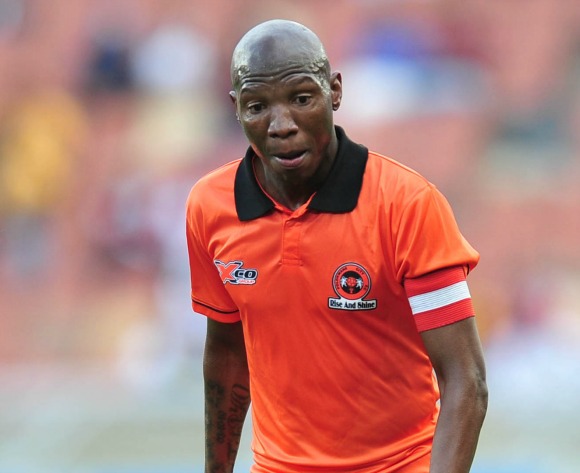 Welcome to the live play-by-play for the ABSA Premiership 2016/17 match between Polokwane City and Cape Town City FC at Old Peter Mokaba Stadium.

46' The second half is underway
51' Sibusiso Mbonani (Polokwane City) scores!

Welcome to the live play-by-play for the ABSA Premiership 2016/17 match between Polokwane City and Cape Town City FC at Old Peter Mokaba Stadium.

Cape Town City did not finish their 2016/17 Absa Premiership campaign on a high as they lost 4-2 to Polokwane City on on Saturday afternoon at Peter Mokaba Stadium.

Aubrey Ngoma and Lehlohonolo Majoro scored for City and the Capetonians will now play in the 2018 CAF Confederation Cup, as they finished at number three with 55 points.

The visiting Citizens had a bright start as they put their hosts under pressure from the first whistle.

Ngoma netted for the Telkom Knockout champions from a well-struck set piece in the first minute to beat goalkeeper George Chigova.

Five minutes later, Majoro doubled their led when he finished a beautiful assist from his skipper Lebogang Manyama.

With the hosts trying to dominate the proceedings, they pushed defender Robyn Johannes to commit a foul and skipper Jabulani Maluleke scored from a fine set piece in the 18th minute.

The 37th minute saw Chigova called to produce a fine save as he parried the ball away from danger to deny Ngoma from claiming his brace.

But with five minutes to go to half time, Semenya made it 2-2 for the hosts as he finished off Sipho Jembula's delivery. It was 2-2 at he interval.

However, Bernard Molekwa's men bounced back with more hunger as they claimed a lead through Mbonani, who converted from Maluleke's corner kick in the 50th minute.

In the 71st minute, Mngomezulu proved to be a super sub when he made it 4-2 for Rise and Shine as they dominated the proceedings.

The win for the hosts sees them sitting at the sixth spot with 43 points from 30 league as they qualify for the MTN8 for the first time in their history.

Battle of the Cities in Polokwane

Polokwane City and Cape Town City will wrap up their Absa Premiership campaigns with a match at the old Peter Mokaba Stadium on 27 May 2017, kick-off at 15h00.

Polokwane suffered a second defeat in their last three league matches when they were beaten 2-0 at Bidvest Wits on May 17.

The Limpopo side has claimed 23 points from 14 matches this season.

Rise and Shine are placed sixth on the Absa Premiership log with 40 points from 29 matches.

CTC claimed their 16th league win of the season when they defeated Golden Arrows 1-0 at home on May 17.

The Cape Town side has claimed 22 points from 14 away matches this season.

The Citizens are placed third on the Absa Premiership log with 55 points from 29 matches.

In head-to-head stats, Polokwane and CTC have met in just one previous top flight league match.

That encounter took place earlier this season, with the Citizens claiming a 2-0 home win in Cape Town.