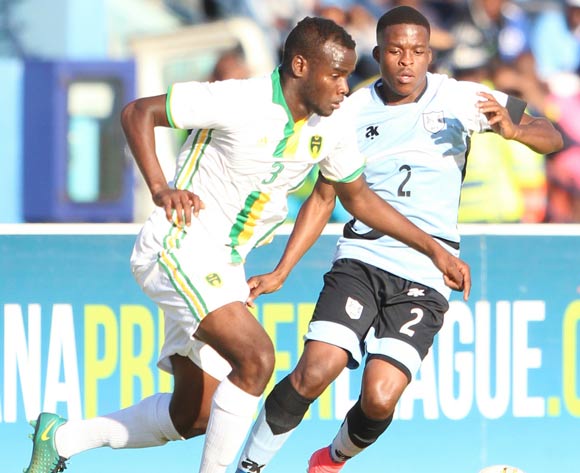 Abeid Aly of Mauritania and Tapiwa Gadibolae of Botswana during the game between Botswana and Mauritania on 10 June 2017 at Francistown Stadium,Botswana ©/BackpagePix 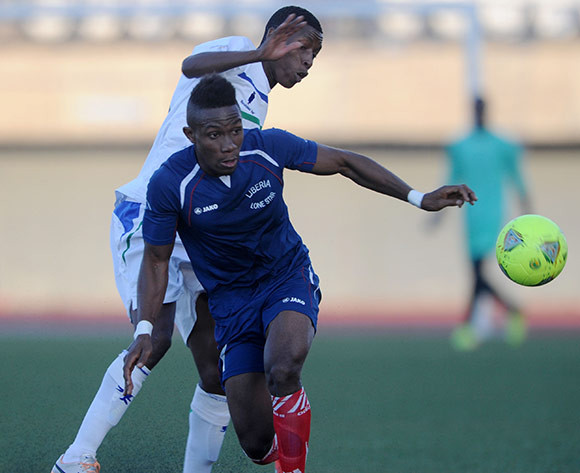 Chris Jones of Liberia battles with Sepiriti Malefawe of Lesotho during the 2015 African Cup of Nations Qualifier match between Lesotho and Liberia at Setsoto Stadium, Maseru, Lesotho on the 01 June 2014

Mauritania beat Liberia 2-0 in the first leg of their 2018 African Championships qualifier at the Samuel Kanyon Doe Sports Complex in Monrovia on Sunday.

The opening half was not the most entertaining with both teams poor in the final third.

Still, the visiting Mauritania played the better football and were rewarded for their efforts with the game's opening goal in thea 35th minute courtesy of a strike from Yali Mohamed Dellahi, 1-0.

The second half saw Mauritania continue to dictate terms and they managed to double their lead on the hour mark when Boubacar Beiguily found the back of the net, 2-0.

Liberia tried to get back into the game, but they struggled to break down the Mauritania defence.

In the end Mauritania cruised to a comfortable win as they look to secure a spot in Kenya at CHAN 2018.

Mauritania now have the advantage heading into the second leg of the qualifier next week at home.

Liberia are out to return to winning ways when they clash against Mauritania in their opening 2018 CAF African Champions qualifier on Sunday.

Getting a win as early as the opening leg allows the hosts to raise their hopes of reaching Kenya for the CHAN tournament next year.

Although they are fresh from a 3-0 loss against Zimbabwe in the 2019 CAF Africa Cup of Nations qualifiers in Harare, they will be boosted by their home crowd.

Coach James Debbah led the Lone Stars to a 1-0 win over Sierra Leone in an international friendly last month at home and will also want to win this encounter on Sunday.

For the visitors, the Les Mourabitones failed to start 2017 with a win as they registered a 1-0 loss against Lesotho in a friendly in June.

However, they managed to bounce back with a 1-0 win over the Zebras of Botswana in a crucial AFCON qualifier in Gaborone.

Coming to this clash in Monrovia, they will be in high morale to cause an upset in front of an intimidating home crowd.

Coach Corentin Martins Da Silva will want to ensure his charges claim a victory in their first ever meeting against Liberia.

The match will be staged at Samuel Kanyon Doe Sports Complex in Monrovia at 18:00 (CAT).