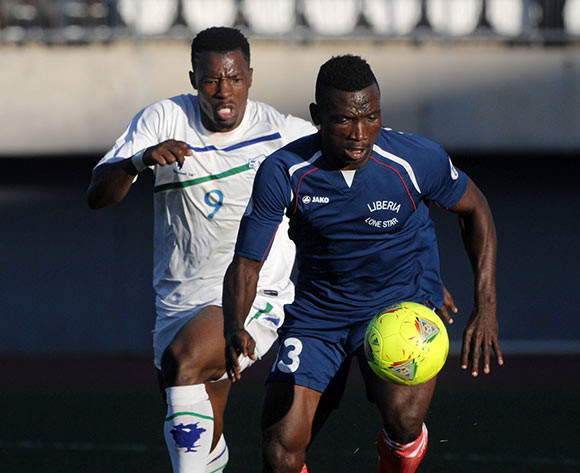 Simujka Aloysius of Liberia battles with Tale Thapelo of Lesotho during the 2015 African Cup of Nations Qualifier match between Lesotho and Liberia at Setsoto Stadium, Maseru, Lesotho on the 01 June 2014 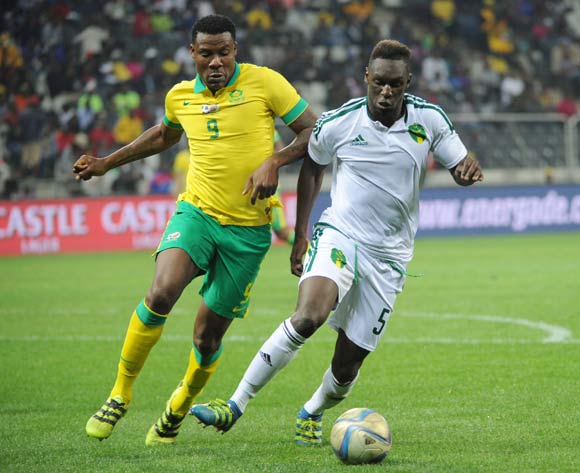 Mauritania progress despite loss to Liberia

Despite losing 1-0 to Liberia in the second leg of their 2018 African Nations Championship qualifier at the Stade Municipal Zouérate on Sunday, Mauritania still progressed to the next stage of qualifying.

The first leg between the two nations ended 2-0 in favour of Mauritania at the Samuel Kanyon Doe Sports Complex in Monrovia last weekend thanks to goals from Mohammed Yaly Dellahi and Boubacar Bagili.

That result combined with Liberia’s 1-0 win on Sunday, July 23 handed Mauritania a 2-1 aggregate win over the two legs.

Liberia’s goal on Sunday was scored by Jachso, but it was not enough to save them from exiting the qualifying for CHAN 2018.

Mauritania will now face Mali in the final phase of qualification to reach CHAN 2018 in Kenya.

Mali reached the next stage of the qualifying process by beating Gambia 4-0 on aggregate.

Mauritania will square off with Liberia in the 2018 African Nations Championship (CHAN) qualifier on Sunday.

The Zone West A second-leg match will take place at the Stade Municipal Zouérate in one of Mauritania's main cities, Zouérat.

Les Mourabitones brushed aside Liberia 2-0 in the first-leg clash at the Samuel Kanyon Doe Sports Complex in Monrovia last weekend.

Mohammed Yaly Dellahi scored in the first-half for Mauritania, before Boubacar Bagili sealed the victory in the second-half.

Mauritania will now be confident of defeating the Lone Stars at home and advance to the next stage of qualification.

Liberia have never reached the CHAN finals, while Les Mourabitones participated in the 2014 finals.

The winner on aggregate between Mauritania and Liberia will take on either Mali or Gambia in the third round.

Gambia managed to hold Mali to a goalless stalemate in the first-leg encounter in Bakau last weekend.

Referee Boubou Traore, who is from Mali, will officiate the encounter between Mauritania and Liberia.