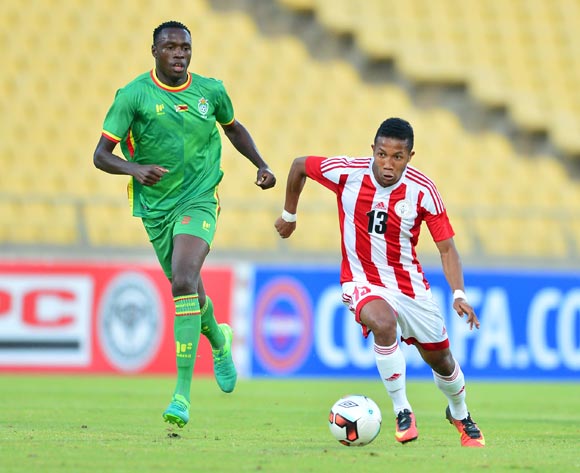 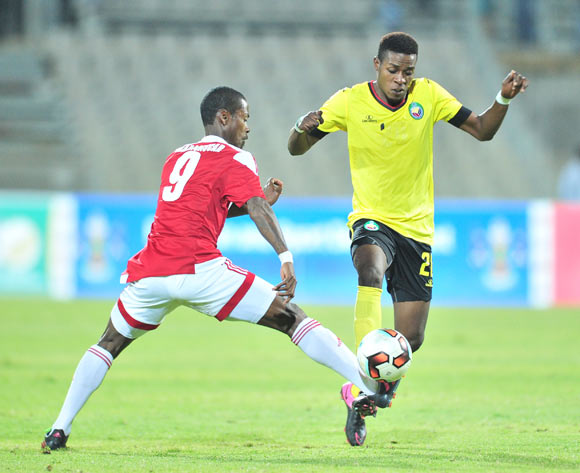 Arnaldo Caminho of Mozambique challenged by Sarivahy Vombola of Madagascar during the 2017 Cosafa Castle Cup match between Mozambique and Madagascar at Morulen Stadium, Rustenburg South Africa on 30 June 2017 ©Samuel Shivambu/BackpagePix

Madagascar down Mozambique to progress in CHAN qualifiers

Madagascar beat Mozambique 2-0 in the second leg of their African Nations Championship qualifier at the Estádio do Zimpeto in Maputo on Sunday to progress into the next stage of qualifying 4-2 on aggregate.

The first leg between the two nations last weekend ended 2-2 in Antananarivo which handed Mozambique two vital away goals.

Salomao Mandlane and Manuel Fernandes found the back of the net for Mozambique in that tie while Njiva Rakotoarimalala scored a brace for Madagascar.

The second leg on Sunday, July 23 saw Mozambique trying to defend the draw and progress on the away goals rule, but it was not to be.

While the first half ended goalless, two second half strikes from Madagascar saw them run out 2-0 winners on the day and 4-2 on aggregate over the two legs.

Madagascar will now face either Mauritius or Angola in the final phase of qualification to reach CHAN 2018 in Kenya.

Mauritius and Angola are in action later on Sunday, July 23 in Luanda with Angola enjoying a 1-0 advantage from the first leg.

Mambas set to ease into third round of CHAN qualifiers

Mozambique will be expected to seal their place in the third round of 2018 African Nations Championship (CHAN) qualifiers when they welcome Madagascar to the Estádio do Zimpeto in Maputo on Sunday afternoon.

Kick-off in the Mozambican capital is set for 15h00 CAT.

The Mambas held the same opponents to a 2-2 stalemate in Antananarivo last week - netting two vital away goals as they aim to seal their place at a second CHAN showpiece.

Njiva Rakotoarimalala scored a brace for Barea in the Southern Zone first-leg clash, but goals from Salomao Mandlane and Manuel Fernandes firmly put Mozambique in the driving seat heading into this weekend's clash.

The aggregate winner of the tie will face either Mauritius or Angola in the final phase of qualification.