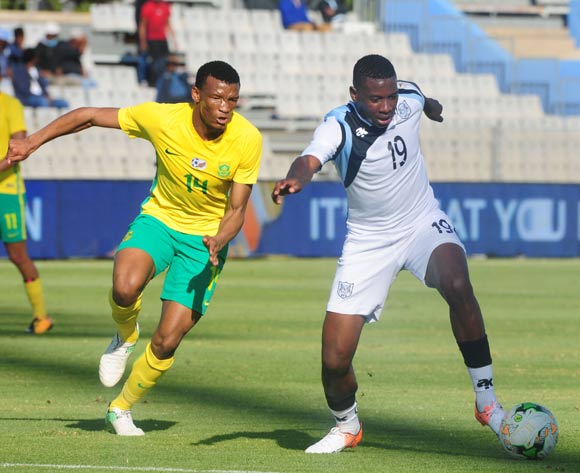 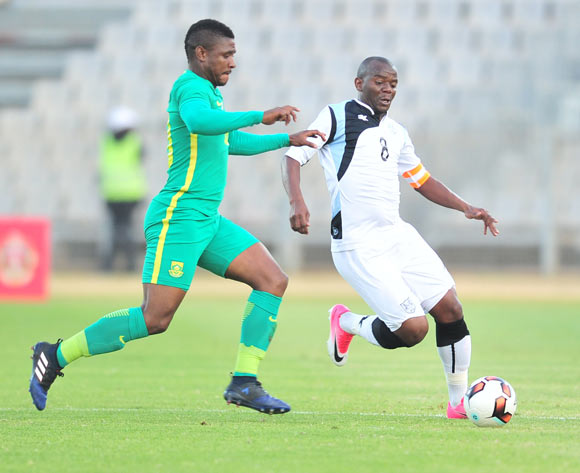 SA ease into next CHAN qualifying round

The win sees Bafana Bafana advance to the next round where they face either Swaziland or Zambia after winning the tie 3-0 on aggregate, while the Zebras are out of the qualifying campaign.

The hosts dominated from the start as they pressed the Zebras in the first 15 minutes of the match in search of the opening goal.

The early pressure paid off as Sipho Mbule set-up his Bafana Bafana teammate Ryan Moon, who made it 1-0 to South Africa 13 minutes into the game.

There was no supply for the Zebras attackers Tumisang Orebonye and Lemogang Maswena as Bafana controlled the tempo of the match.

Moon had a chance to doubled South Africa's lead just after the half-hour mark, but somehow, he missed the target as pressure mounted on Botswana.

Thero Setsile, the Botswana attacker, was ruled offiside towards the half-time break as the visitors looked to pull one back.

However, the first-half ended with South Africa leading 1-0 on the day and 3-0 on aggregate against Botswana.

The Zebras played much better in the second-half containing Bafana and they also launched attacks.

Second-half substitute Kabelo Seakanyeng had a chance to level matters from a free-kick in a promising area just after the hour-mark.

However, the Gaborone United attacker narrowly missed the target from the set-piece as the visitors looked to silence the home crowd.

The Bafana defence which was led by captain Mario Booysen was solid with the Zebras forced to try their luck from range.

Bafana stood firm at the back in the closing stages of the encounter and they ran out 1-0 winners on the day.

South Africa will play host to Botswana in the 2018 African Nations Championship (CHAN) qualifier on Saturday.

The Southern Zone second-leg match will take place at the Moruleng Stadium in North West Province of South Africa.

Bafana Bafana recorded a 2-0 victory over Botswana in the first-leg clash at the Francistown Sports Complex in Francistown last weekend.

Ryan Moon opened the scoring for South Africa in the first-half, before Gift Motupa sealed the visitors' victory in the second-half.

South Africa will be eager to complete a double over Botswana in front oftheir supporters in Moruleng.

The Zebras of Botswana have never qualified for the CHAN finals, while South Africa participated in the 2011 and 2014 finals.

The winner on aggregate between South Africa and Botswana will face off with either Swaziland and Zambia in the second round.

Zambia are leading 4-0 on aggregate after hammering Swaziland in the first-leg encounter in Lobamba last weekend.

Referee João Goma, who hails from Angola, will be in charge of the match between South Africa and Botswana.