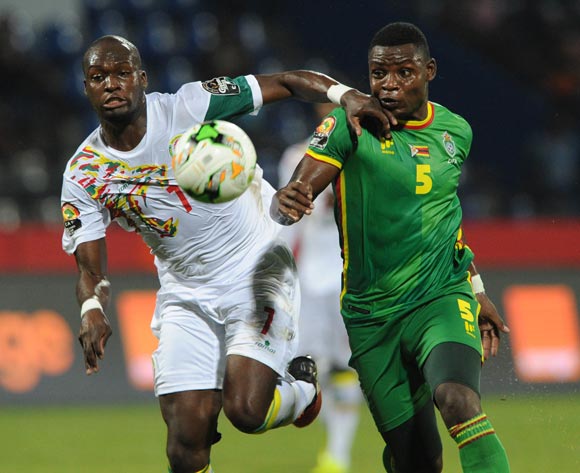 Moussa Sow of Senegal challenges Elisha Muroiwa of Zimbabwe during the Afcon Group B match between Senegal and Zimbabwe on the 19 January 2017 at Franceville Stadium, Gabon Pic Sydney Mahlangu/ BackpagePix 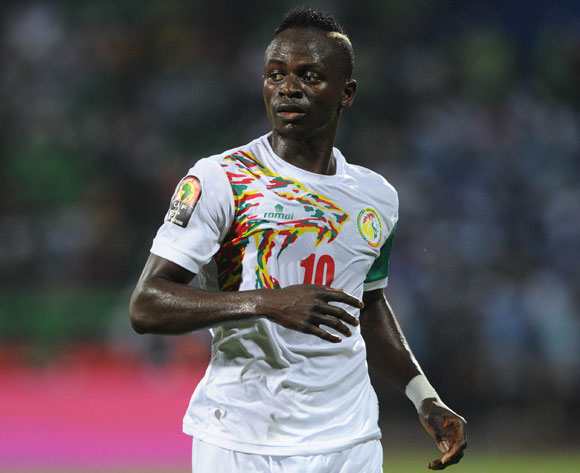 Senegal up and running in Group A

Senegal have gotten their Group A campaign in the 2019 Africa Cup of Nations qualifiers off to a winning start by defeating Equatorial Guinea 3-0 on Saturday night.

The result at the Stade Leopold Sedar Senghor in Dakar sees the Teranga Lions join Madagascar on three points at the top of the standings. The Islanders surprisingly won 3-1 in Sudan on Friday.

Senegal got off to a flying start in the match and opened the scoring inside two minutes, with French-born striker Moussa Sow finding the back of the net to make it 1-0.

The West African giants surely hoped the early goal would open the floodgates in the match, but they had to wait until the 73rd minute to double their advantage, with Sow again on target to make it 2-0.

And the third goal arrived in injury time at the end of the match, with Premier League-based midfielder Idrissa Gueye wrapping up a 3-0 triumph.

The victory for Senegal serves as sweet revenge for their surprising loss to Equatorial Guinea in the group stage of the 2012 AFCON.

The teams will resume their 2019 AFCON qualifying campaign in March next year: Equatorial Guinea will host Sudan, while Senegal will travel to face Madagascar in a top-of-the-table clash.

Senegal look for fast start on road to AFCON 2019

Senegal will look for a strong start to their Group A campaign in the 2019 Africa Cup of Nations qualifiers when they host Equatorial Guinea in Dakar on Saturday night. The match at Stade Leopold Sedar Senghor is set for 22h00 CAT.

Senegal have appeared in three of the last four AFCON tournaments, with South Africa 2013 the last time that they did not participate in the finals of the continental showpiece.

The Teranga Lions, led by coach Aliou Cisse will be looking to claim early dominance in this pool, which also features Sudan and Madagascar.

Cisse saw his team play to a goalless draw with Uganda in a warm-up friendly earlier this week and explained that he was satisfied with the performance, if not the result.

"Despite the result, I am happy with the performance of my players," he said in a post-match press conference.

"Our strikers did everything they could to break through the opposing defence, but the defensive block was watchful," he added.

Equatorial Guinea have appeared in just two AFCON tournaments, though both of those were as co-hosts and hosts in 2012 and 2015 respectively. They have never ‘properly’ qualified for the continental showpiece.

Coach Esteban Becker has named a squad which is predominantly made up of players based in lower European leagues and includes former Orlando Pirates goalkeeper Felipe Ovono, who has been without a club since leaving the South African side in December.

This will be the first meeting between Senegal and Equatorial Guinea since the latter claimed a famous 2-1 victory in Bata in the group stage of the 2012 AFCON. The Teranga Lions, who were among the pre-tournament favourites, lost all three of their group games.