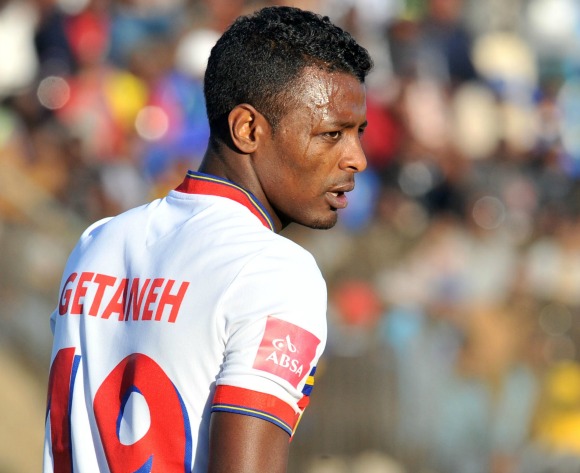 Ethiopia collected their first Group F win in their 2019 Africa Cup of Nations qualifying campaign after beating Sierra Leone by a slender 1-0 margin at the Hawassa International Stadium on Sunday afternoon.

Playing in front of their home crowd, Ethiopia certainly controlled the flow of play and dictated terms but their decision making in the final third was poor.

Consequently, despite having the lion’s share of possession, Ethiopia had very few decent scoring chances.

Nonetheless, the home side continued to push forward and were rewarded for their efforts with a penalty-kick in the 35th minute which Getaneh Kebede converted with confidence, 1-0.

Sierra Leone tried to fight back before the break, but entered the half time tunnel trailing by a goal.

Ethiopia came out to firing in the second half, but their shooting in front of goal was poor and they failed to add to their goal tally.

Luckily, for the home side Sierra Leone offered very little in terms of attack and suffered their first loss of the 2019 Afcon qualifying campaign.

The result, combined with Ghana’s 1-0 win over Kenya in Group F’s other game on Saturday, sees Ethiopia move off the bottom of the standings.

Ghana top Group F with six points from two matches while Ethiopia and Sierra Leone are second and third respectively with three points while Kenya are last with zero points.

Sierra Leone will chase a second win in Group F of the 2019 Africa Cup of Nations qualifiers when they take on hosts Ethiopia at the International Stadium in Hawassa on Sunday, September 9, kick-off at 15h00 CAT.

Ethiopia are placed at the bottom of the log after their group stage campaign got off to a terrible start – they were hammered 5-0 by Ghana in Kumasi in June last year. The result immediately set back the Wayla Antelopes’ hopes of returning to the AFCON finals for the first time since 2013.

By contrast, Sierra Leone, defeated Kenya 2-1 at home in their opener, thanks to goals from Julius Wobay and Umaru Bangura. The Lone Stars are hoping to return to the continental tournament for the first since since 1996.

Ethiopia come into the game on the back of a 1-1 draw in a friendly with Burundi played in Hawassa last weekend. Prior to that, their last game was also a 1-1 result, this time against Uganda back in December 2017.

Sierra Leone have failed tow in any of their four matches they have played since that win over Kenya last year. Their last outing was a goalless draw with Liberia in a friendly back in July.

This will be the first official international between Ethiopia and Sierra Leone, with Tunisian referee Sadok Selmi set to take charge of the match in Hawassa.