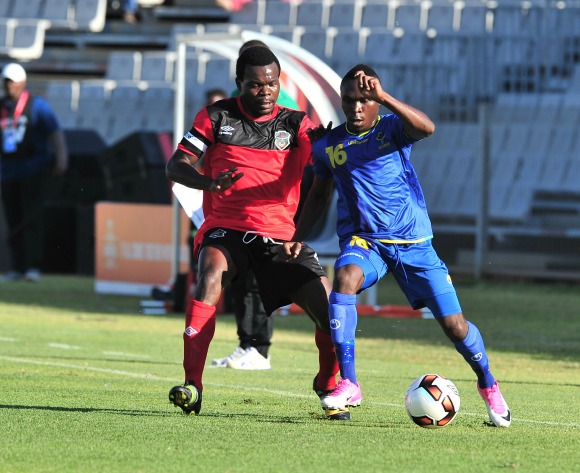 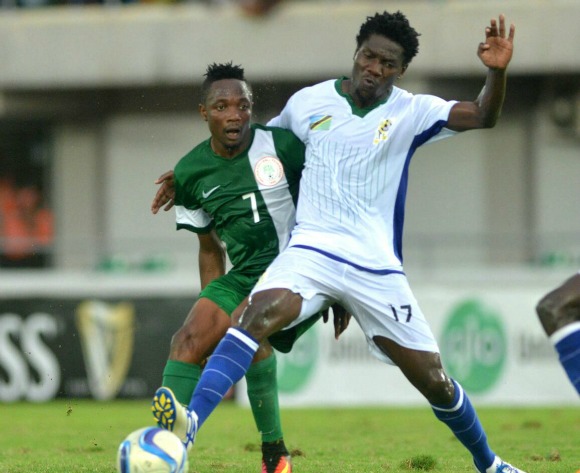 Tanzania brushed aside Malawi 2-0 in the first game of the 2017 COSAFA Cup Group A at the Moruleng Stadium in Moruleng, South Africa on Sunday.

The victory takes the Taifa Stars to the top of the Group A standings with three points, while the Flames are placed fourth on the table.

The Taifa Stars were the better side in the opening stages of the match and they deservedly took the lead through Shiza Kichuya Ramadhani.

The striker hit the back of the net to make it 1-0 to Tanzania with Simon Msuva grabbed an assist just 13 minutes into the encounter.

The Flames were struggling to contain the Taifa Stars, who managed to double their lead five minutes later as the Malawi defence was caught napping.

Once again it was Ramadhani and this time he fired home a low shot past Malawi goalkeeper Ernest Kakhobwe to make it 2-0 to Tanzania.

With his side trailing, Malawi coach Ronny Van Geneugden made a tactical change - pulling out defender Denis Chembezi for Innocent Bokosi, a striker by trade.

Tanzania goalkeeper Aishi Salum Manula then made a mistake from a Malawi free-kick, but Lucky Malata fired over the cross just before the half-time break.

The score was 2-0 to Tanzania during the half-time break thanks to Ramadhani's brace in an entertaining first-half in the North West Province.

The Flames managed to contain the Taifa Stars in the opening exchanges of the second-half and they started pushing forward in search of their first goal.

Salum Mayanga, the Tanzania coach made a change - introducing Saidi Abedi Makasi for Elias Maguli as the Taifa Stars looked to maintain their lead.

Ramadhani tried to complete his hat-trick in the 73rd minute, but the forward's effort missed the target without troubling Kakhobwe in the Malawi goal-posts.

The Flames piled pressure on the Taifa Stars defence in the dying minutes of the encounter, but they were struggling to convert their chances.

Ultimately, Tanzania emerged 2-0 winners over Malawi after containing the Flames in the closing stages of the match.

Tanzania take aim at Malawi in Group A opener

Tanzania and Malawi will meet in the 2017 COSAFA Cup Group A match at the Moruleng Stadium in Moruleng, South Africa on Sunday.

Nicknamed the Taifa Stars, Tanzania were invited to the tournament after Comoros declined to take part in this year's COSAFA Cup tournament.

The Taifa Stars have been crowned champions of the East African regional tournament CECAFA Cup three times. They won the tournament in 1974, 1994 and 2010.

Salum Mayanga, the Taifa Stars head coach, will be in charge of the team in South Africa and he included Oman-based striker Elius Maguli in the squad.

Meanwhile, Malawi are one of the many Southern African countries that have never won the COSAFA Cup title, having lost twice in the final (in 2002 and 2003)

The Flames will be under the guidance of Ronny Van Geneugden in South Africa. The Belgian tactician named a 20-man squad of locally based players.

Last year, Malawi failed to reach the knockout stages of the COSAFA Cup. They finished second in Group B in Namibia.

Mauritius and Angola are also part of Group A. The two nations will lock horns at the Moruleng Stadium after the clash between Tanzania and Malawi.