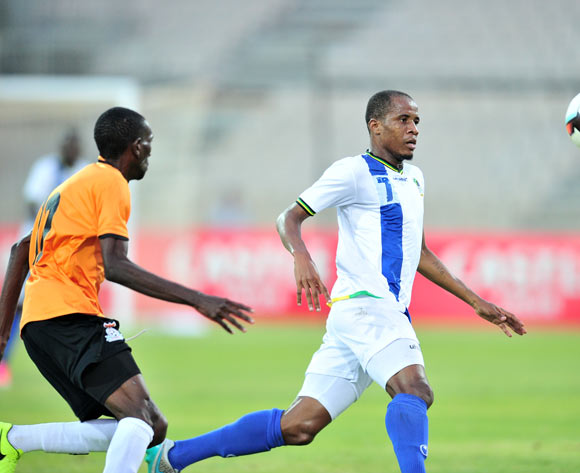 As a result, the Taifa Stars finished third in the tournament, while the Crocodiles finished fourth.

Taifa Stars shot-stopper Said Mohammed was the busier of the two goalkeepers in the first 10 minutes of the encounter as the Crocodiles searched for an early goal.

The keeper made a save from a rising effort from Tumelo Khutlang in the first minute, before denying the Lesotho forward again in the 10th minute.

The Crocodiles continued to press the Taifa Stars and in the 24th minute Jane Thaba-Ntšo forced Mohammed into another good save.

Pressure was mounting on the Taifa Stars and Mohammed was called into action again in the 35th minute, and he denied Thaba-Ntšo for the second time.

The score was 0-0 during the half-time break following a first-half which was dominated by Lesotho.

The Tafia Stars started the second-half brightly with Salmin Hoza unleashing a shot which was saved by Lesotho keeper Sam Ketsekile.

With his side struggling to break the deadlock, Lesotho head coach Moses Maliehe introduced Mabuti Potloane on the hour-mark.

Lesotho should have taken the lead in the 74th minute, but Mohammed produced a great save to deny Sera Motebang - keeping Tanzania in the game in the process.

This proved to be the last chance of the match and the match ended in a goalless stalemate, and the two teams went into a penalty shootout.