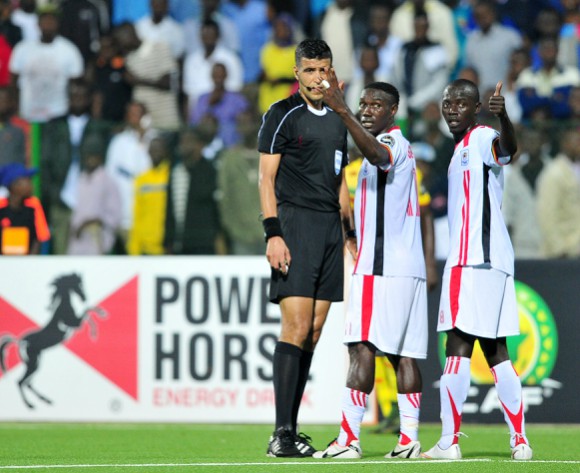 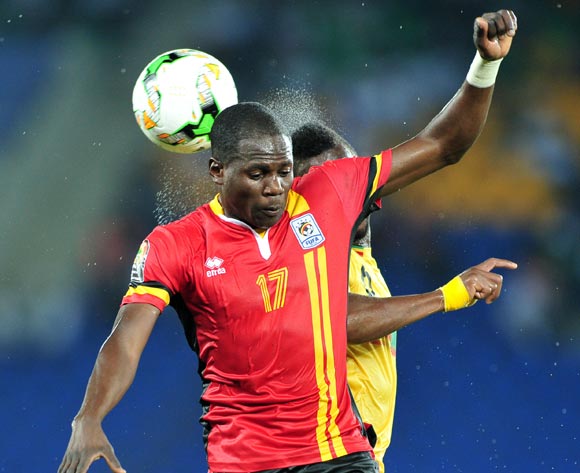 A brace from Muzamiru Mutyaba helped Uganda to an impressive 3-0 win over Rwanda in a first leg, third round African Nations Championship qualifier at the St Mary’s Stadium in Kampala on Saturday afternoon.

Uganda controlled the flow of play from the onset and opened the scoring in the 14th minute courtesy of a penalty strike from Muzamiru Mutyaba, 1-0.

The home side continued to pile on the pressure and added to the scoreline ten minutes later when Muzamiru Mutyaba found his second goal of the game, 2-0.

Rwanda tried to find their way back into the game before the break, but they were unable to sustain any period of possession and consequently were unable to create goal scoring chances.

Uganda took a two goal lead into the break.

The second half started much similar to the first with Uganda finding their third goal in the 51st minute thanks to Bernard Muwanga who found the back of the net with a clinical finish, 3-0.

Uganda took their foot off the pedal after that and cruised to a comfortable 3-0 win.

Rwanda will have a lot to do in the return leg of this third round tie which will be held at the Stade Régional Nyamirambo in Kigali next Saturday, August 19.

The winner of this two-leg qualifier will take part in CHAN 2019 in Kenya.

Uganda and Rwanda will meet for the first leg of their Central-East Zone, third round qualifier for the 2018 African Nations Championship (CHAN) on Saturday afternoon.

The teams will clash at the St Mary’s Stadium in Kampala, with kick-off set for 15h00 CAT.

Uganda, who recently lost highly regarded coach Milutin Sredojevic over the issue of unpaid wages, reached this stage of the competition thanks to a comfortable 5-1 aggregate win over South Sudan in the previous round.

The Cranes held their opponents goalless in the first leg in Juba, before running away with a 5-1 win in the return match in Kampala, with Paul Mucureezi scoring a quartet of goals.

Rwanda, by contrast, had a much tougher ride: they drew 1-1 on aggregate with Tanzania, but progressed on away goals. Savio Nshuti’s strike in the first leg in Mwanza proved to be the difference between the teams.

Uganda and Rwanda have been regular combatants down the years, meeting in 30 official international matches according to FIFA’s statistics. The Cranes have claimed 12 wins compared to eight for Amavubi (the Wasps), while 10 matches have been draws.

The teams’ last met in November 2013 at the Kenyatta Stadium in Machakos, Kenya, with Uganda claiming a 1-0 win. Rwanda’s last win over the Cranes was way back in December 2007.

The return leg of this third round tie will be held at the Stade Régional Nyamirambo in Kigali next Saturday (August 19). The referee for the match in Kampala is Pacifique Ndabihawenimana from Burundi.