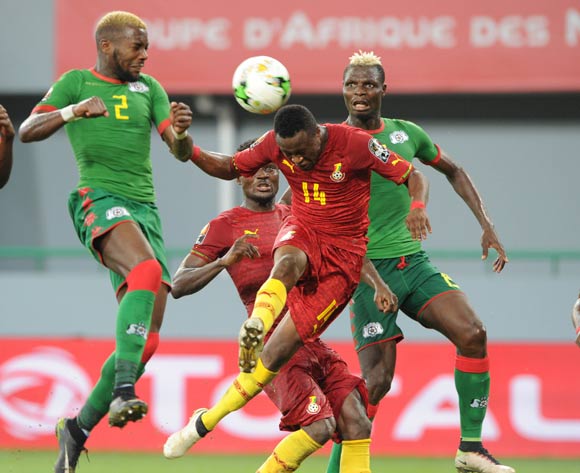 Burkina Faso and Ghana played out an exciting 2-2 draw in the first leg of their African Nations Championship (CHAN) qualifier on Saturday.

The match at the Stade du 4 Aout in Ouagadougou twice saw the Black Stars claim the lead, only to be pegged back on each occasion by the Stallions.

Ghana claimed the lead inside the opening 20 minutes when Sadick Adams converted a penalty to make it 1-0. The spot kick was awarded after Burkina Faso defender Narcisse Bambara was adjudged to have handled in his own box.

The Stallions had been outplayed on their own soil in the first half, but after the break they came out fighting and put huge pressure on the Black Stars, who struggled to find the same rhythm they enjoyed in the opening 45 minutes.

Shortly before the hour mark Burkina Faso restored parity, with Sylla Mohammed converting a chance to make it 1-1 and put the match back in the balance.

The visitors continued to look threatening in attack and Adams missed out on a great chance to score a second, firing off target in the 64th minute from an opportunity which he should have buried.

Yet Ghana reclaimed the lead just a minute later through Gideon Waja, who provided a fine finish to make it 2-1 and put the Black Stars on course for victory.

However, the visitors’ hopes of claiming an away win were dashed in the 85th minute when Burkina substitute Iliase Sawadogo struck to make it 2-2 and tee up the second match perfectly.

The return game will be played at Baba Yara Stadium in Kumasi next week Sunday. The aggregate winner will qualify for the 2018 CHAN finals in Kenya.