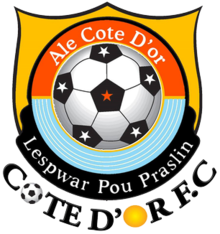 Tiyani Mabunda struck twice as Mamelodi Sundowns cruised to a 5-0 first leg victory over Seychelles side Cote d’Or to put one foot into the group stages of the 2019-20 CAF Champions League.

Coach Pitso Mosimane selected a much-changed side away from home that included the likes of defender Bangaly Soumahoro, and midfielders Andila Jali, Sphelele Mkhulise and Oupa Manyisa.

But they were still far too strong for their minnow hosts, with the return leg in Pretoria now a mere formality for the 2016 champions.

Sundowns took the lead inside five minutes as Mabunda headed home to settle any nerves they may have had.

Sibusiso Vilakazi put an effort wide, and Mkhulise fired over as the visitors continued to do all the pressing.

The front duo continued to create chances almost at will but could not finish, and they were almost made to pay when Wayne Arendse cleared off the line.

It was 2-0 on 68 minutes though as Lyle Lakay scored with another header, and two minutes later he turned provider with a pin-point cross for Mkhulise to score.

Mabunda grabbed his brace on 74 minutes with a powerful strike, before Arendse added a fifth with a neat finish into the bottom corner.