TP Mazembe players celebrate after scoring a goal during the CAF Champions League match between Mouloudia Club Alger and TP Mazembe at the Mustapha Tchaker Stadium in Blida, Algeria on 28 July 2018. © BackpagePix 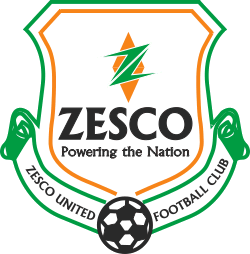 TP Mazembe have firmly established themselves at the top of the log in Group A of the CAF Champions League after defeating hosts Zesco United 2-1 at the Levy Mwanawasa Stadium in Ndola on Saturday.

The result sees the Ravens top the standings with six points, while Team Ya Ziko drop to third with one point. The table will take clearer shape later this evening when Zamalek host Primeiro de Agosto.

Mazembe got off to a flying start and claimed the lead as early as the 10th minute, with forward Jackson Mulenga turning home Chico Ulindi’s assist to put the visitors 1-0 up.

Zesco looked for a reply through the likes of John Ching’andu, Winston Kalengo and Jesse Were, but Mazembe goalkeeper Sylvain Gbouhouo was in good form between the sticks for the Ravens.

The score remained 1-0 in favour of the DRC side up to half time, while 18 minutes into the second stanza they doubled their advantage. Once again Muleka was the man on the mark, sending an effort beyond goalkeeper Jacob Banda on 63 minutes to make it 2-0.

Team Ya Ziko struck back almost immediately to halve the deficit, with Were and Kalengo combining to see the latter net in the 67th minute and set up a tense final quarter of the clash in Ndola.

However, Mazembe were able to hold onto their advantage and walk away with three vital points which takes them a step closer to the quarterfinals.

The teams will return to Champions League action later this month, with Zesco welcoming Egyptian giants Zamalek and Mazembe away in Angola to Primeiro de Agosto.

Zesco United will take on TP Mazembe in the 2019/20 CAF Champions League Group A match on Saturday.

The match is set to be played at the Levy Mwanawasa Stadium in the Zambian city of Ndola.

It was Zesco’s first game in Group A and they are placed second on the group standings.

Clement Mwape, who was on the score sheet against Agosto, will be looking to inspire his side to a victory at home.

It was DR Congolese giants’ maiden game in Group A and they are sitting at the top of the group standings.

All eyes will be on Jackson Muleka after the marksman hit the back of the net twice against Zamalek.

The match between Zesco and Mazembe will be officiated by Youssef Essrayri, who hails from Tunisia.