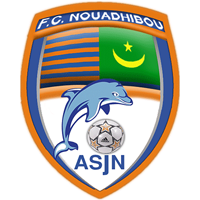 Enugu Rangers and Nouadhibou FC played out a 1-1 draw in their CAF Confederation Cup clash at the Nnamdi Azikiwe Stadium on Sunday evening, a result which does little for either side’s hopes of advancing from the group phase.

The Nigerian and Mauritanian sides are placed third and fourth respectively, both with two points, in Group A of the competition. They trail third-placed Al Masry of Egypt by four points, while compatriot side Pyramids FC have qualified for the quarterfinals with a perfect record of four wins from as many matches.

Nouadhibou enjoyed a solid start to the game and were rewarded with a goal midway through the first half, as Yassin El Welly struck an effort beyond the reach of Rangers goalkeeper Nana Osei Bonsu.

The hosts responded well to going behind and put together some promising attacking moves, though they were unable to really test Nouadhibou goalkeeper Drissa Kouyate and went into the half-time interval trailing by one goal to nil.

Rangers made a change early in the second half when Chinoso Eziekwe replaced Nnamdi Egbujuo, and they continued to build pressure in attack.

The Enugu side was rewarded midway through the second stanza when they earned a penalty. Ibrahim Olawoyin fired home from the spot kick to make it 1-1 and set up a thrilling finale.

The Flying Antelopes threw everything they had at their Mauritanian visitors, but they were unable to come up with a second goal, leaving the teams to share the spoils.

They will return to Confederation Cup action in the last weekend of the month, with both away in Egypt: Rangers face Pyramids in Cairo and Nouadhibou will come up against Al Masry in Alexandria.

Enugu Rangers and FC Nouadhibou will meet for a must-win clash in Group A of the CAF Confederation Cup at the Nnamdi Azikiwe Stadium on Sunday 12 January 2020, kick-off at 18:00 CAT.

Both the Nigerian hosts and the Mauritanian visitors are tied at the bottom of the standings, with just one point apiece from three matches. The Egyptian pair of Pyramids (nine points) and Al Masry (six) have dominated the pool so far.

Enugu and Nouadhibou drew 0-0 when they met in Nouakchott on December 29, leaving them in a perilous position as far as reaching the quarterfinals of the continental competition is concerned.

A win for either team in this Sunday’s match will keep them alive in the tournament, but if they draw again then there is a chance that they will both be eliminated, depending on the result in the Egyptian derby between Pyramids and Masry in Cairo which kicks off at the same time.

Both teams come into the clash on the back of domestic losses: Rangers succumbed 2-1 away to Heartland last weekend in the Nigerian Premier League, while Nouadhibou went down 1-0 at Tidjikja in the Mauritanian top-flight championship.

The Flying Antelopes will back themselves to come out on top in front of their home crowd, and they owe their supporters a strong performance after losing 3-1 to Pyramids at the Nnamdi Azikiwe Stadium at the start of the group stage.

Benin referee Adissa Ligali will take charge of the clash in Enugu on Sunday evening.