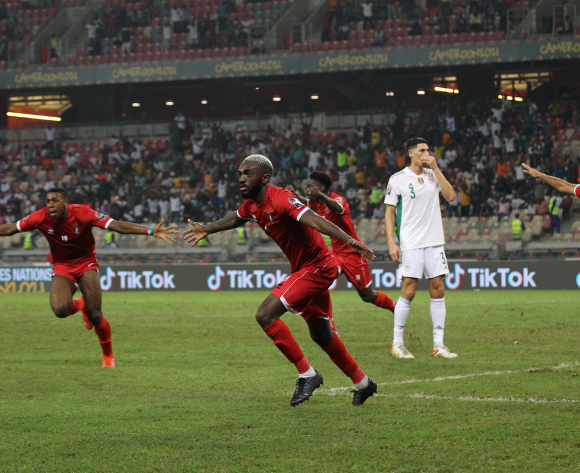 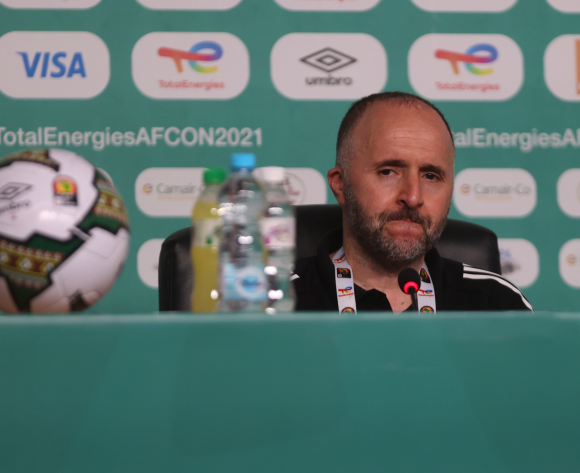 Equatorial Guinea edged out Algeria 1-0 in the 2021 Africa Cup of Nations (AFCON) Group E match at the Japoma Stadium in Cameroon on Sunday night.

Therefore, National Thunder moved up to second place on the group standings, while the Desert Foxes remained fourth on the table with one game left for each team.

The Desert Foxes dominated the match from the first whistle with Riyad Mahrez, Youcef Belaili and Baghdad Bounedjah looking lively for the African champions.

Boundjah, who scored the goal which earned Algeria the 2019 AFCON title, hit the back of the net from close range in the 22nd minute, but the goal was disallowed for offside.

The National Thunder grew in confidence as the match progressed and they began threatening the Desert Foxes as Pablo Ganet forced goalkeeper Rais M’Bolhi into a fantastic save from a free-kick.

M’Bolhi was then beaten by a rasping shot from Iban Salvador Edu, but the ball narrowly missed the target and the score was 0-0 during the half-time break.

Algeria started the second-half brightly and they came very close to scoring when keeper Jesus Owono produced a great save on the goal-line from Ramy Bensebaini’s glancing header.

The National Thunder took a surprise lead in the 70th minute when Esteban Obiang scored from close range to hand Equatorial Guinea a 1-0 lead after the Algeria defence was exposed.

The goal rattled the North African giants, who launched late attacks and they scored through Youcef Belaili, who beat Owono with a powerful shot, but the goal was disallowed for offside.

Equatorial Guinea then stood firm at the back and ultimately, they secured a famous 1-0 victory over one of the tournament favourites, Algeria on the night.

Algeria will battle it out with Equatorial Guinea in the 2021 Africa Cup of Nations (AFCON) encounter on Sunday.

This Group E match is set to take place at the Stade Omnisport de Douala in Cameroon’s economic capital, Douala.

The Desert Foxes were surprisingly held to a 0-0 draw by tournament debutants, Sierra Leone in their maiden group match which was played on Tuesday.

Algeria are currently placed second in the group standings and they will be eyeing nothing but a win when they take on Equatorial Guinea.

The defending champions will pin their hopes of defeating the National Thunder on their inspirational captain Riyad Mahrez, who is one of the best African footballers.

Meanwhile, Equatorial Guinea were narrowly defeated 1-0 by Ivory Coast in their opening group game which took place on Wednesday.

The National Thunder are placed at the bottom of group standings and they are now hoping to cause a major upset by defeating a formidable Algeria side.

Emilio Esue is the player to watch out for in the Equatorial Guinea team with the right-back-cum-forward played in the English Premier League and Spanish La Liga.

This will be the first competitive meeting between Algeria and Equatorial Guinea.
Report