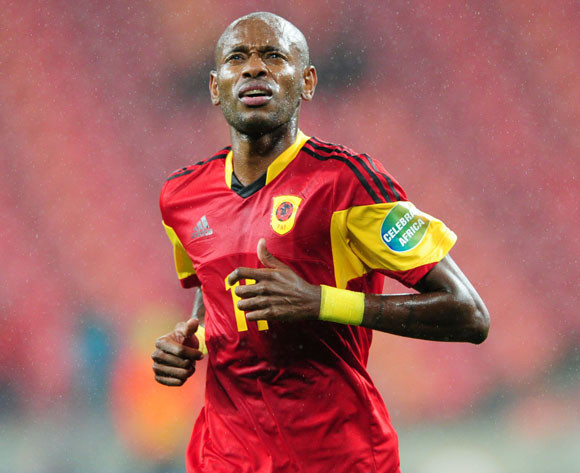 Angola kept their hopes of qualifying for the 2015 CAF Africa Cup of Nations alive when they defeated Lesotho 4-0 in their Group C encounter at the Estádio 11 de Novembro in Luanda on Wednesday night.

Two first half goals from Bastos and Ary Papel gave the hosts the advantage before a Lesotho own-goal and a fourth goal from Love Cabungula completed the rout.

The Palancas Negras went into the game needing to end their three-match winless run and opened the scoring in the 2nd minute through Rostov defender Bastos.

The lead was doubled in the 33rd minute with Ary Papel beating Liteboho Mokhesi after receiving a pass from Gilberto.

Angola continued their dominance in the second half and eventually increased their lead in the 47th minute as a Lesotho defender deflected the ball into his own net.

Romeu Filemon had promised goals before this encounter and his charges did not let him down as they added a fourth in the 57th minute through Love.

The result leaves Angola in third place with four points from four matches, two ahead of Lesotho, who are now at the foot of the table.

The Palancas Negras have their destiny in their hands as they are due to face both Gabon and Burkina Faso in November.

Can Lesotho make it in Luanda?

Having played to a goalless draw over the past weekend, Lesotho will visit Angola for their AFCON qualifier Group C return match tomorrow in Luanda.

The visitors go to this encounter eyeing to get a win after playing three games and failing to register a victory. They’re now lying at position three with two draws and one loss.

Likuena are under pressure after their dismal failure to claim maximum points at home last weekend, however, going to the neighbouring Southern African country will not be a walk in the park considering the support the Palancas Negras will receive.

Likuena will hope to make changes in as far as their performance is concerned, as they couldn’t find the net at home.

Midfielder Phafa Tsosane tried to get something for the visitors  but all his efforts were in vain and the coach Seephephe Matete will aim to work on finishing in the final third.

Matete’s charges will head to Luanda having the likes of goalkeeper Liteboho Mokhesi and captain Moitheri Ntobo as key men and hoping they’ll continue shining against Angola.

Mokhesi made brilliant saves at home and kept the Angolans at bay. Going to this one, he will be key between the posts.

Looking at the Palancas’ camp, their hopes will be on striker Arsenio Cabungula. The forward missed a number of chances to put the home side ahead but this time around he, together with Ricardo Estevao, will have to come to the party and rescue Roger Filemon’s team.

This 2015 AFCON Morocco qualifier encounter gets underway at 17:00 at the 11 De Novembro Stadium.