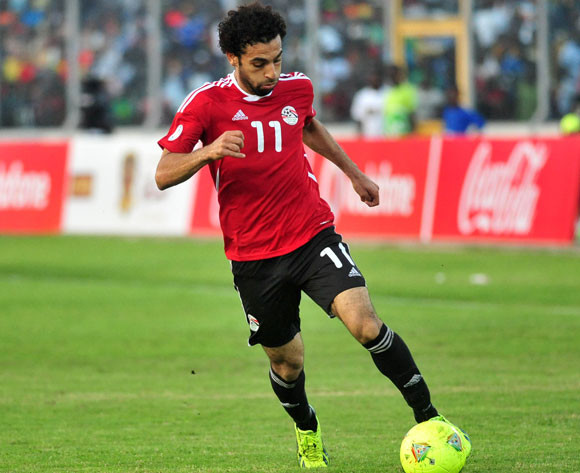 Egypt enjoyed a 3-0 victory over Tanzania in Alexandria on Sunday evening, in their opener of the 2017 Africa Cup of Nations qualifiers.

Mohamed Salah got two assists and one goal to fire the seven-time African champions to top spot in Group G, ahead of Nigeria on goal difference.

The Pharaohs kicked off their continental campaign in the absence of Hull City’s injured winger Ahmed Elmohamady, and with Ahly’s star duo of Mahmoud ‘Trezeguet’ and Ramadan Sobhi on the bench.

The locals came close to taking the lead after only four minutes at Borg El-Arab Stadium, but Italy-based centre-back Ahmed Hegazy’s opener was disallowed for an offside position.

Egypt kept on piling pressure on the visitors, with winger Mahmoud ‘Kahraba’ losing his one on one with the Tanzanian keeper in the 24th minute and Sporting Portugal centre-back Rami Rabia having another goal ruled out two minutes later for a foul on the keeper.

And the Tanzanian shot-stopper denied Mohamed Salah on the stroke of half-time to send both teams goalless into the break.

The Pharaohs were back in the driving seat in terms of possession as the second half resumed, ultimately breaking the deadlock at the hour mark through Rami Rabia, who headed home a corner kick from Mohamed Salah.

The Fiorentina star got himself on the scoresheet with a perfect lob in the 70th minute, to give the locals a comfortable cushion.

Hector Cuper’s men held onto their three-goal advantage until the final whistle, to get off to the perfect start in their bid to qualify for their first AFCON finals since the 2010 edition in Angola.

The Pharaohs will travel to Chad in September in their next continental outing, while Tanzania will welcome the Super Eagles.

Egypt will aim for a fast start in Group G of the 2017 Africa Cup of Nations qualifiers when they host Tanzania in Alexandria on Sunday, 19h00 CAT.

The Pharaohs boast a record seven AFCON titles, but in recent years they have failed to even appear at the tournament finals, missing out on the 2012, 2013 and 2015 editions after winning three straight crowns from 2006 to 2010.

Argentine manager Hector Cuper is the man who has been tasked with returning the North African heavyweights to the continental championships, having been appointed in March this year.

Cuper’s squad for the match against Tanzania is one which features a blend of youth and experience, though he will surely look to star players such as Mohamed Salah, Mohamed El-Nenny, Ahmed Elmohamady and Ahmed Fathy as the men to build the team around.

Tanzania, who have not been to the Nations Cup finals since 1980, start as complete underdogs, but coach Mart Nooij is a canny operator and will hope to make best use of the fact that the game will be played behind closed doors due to previous violence in Egyptian football.

Egypt and the Taifa Stars have met in nine previous matches, with the North Africans boasting an unbeaten record which includes eight wins and a combined score of 35-10 in their favour.

The other Group G match this weekend will see Nigeria host Chad in Kaduna.