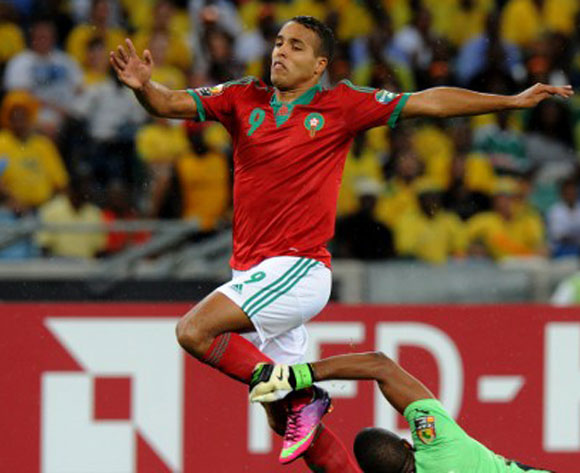 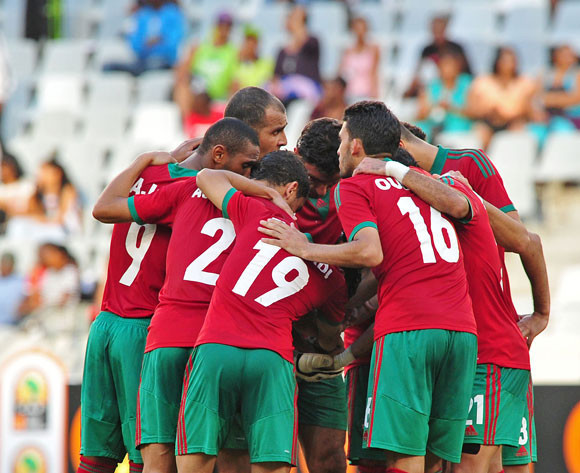 It took Morocco less than ten minutes to secure a 3-0 thrashing of Sao Tome at Estadio Nacional 12 de Julho on Saturday, in matchday two of the 2017 Africa Cup of Nations qualifiers.

With six points to their name, the Atlas Lions are now three points clear of second-placed Cape Verde, who will be facing Libya in Cairo on Sunday evening, at the top of Group F.

Meanwhile, Sao Tome and Principe are bringing up the rear without a single point under their belt after their first two continental outings, having conceded 10 goals and scored only one along the way.

Malaga winger Nordin Amrabat gave the visitors the lead in the 35th minute, with Granada striker Youssef El Arabi and AS Monaco midfielder Nabil Dirar adding to the locals’ misery minutes later to send Morocco with a three-goal cushion into the break.

And while the rhythm dropped in the second half, the Atlas Lions remained in control to hold onto their advantage until the final whistle.

São Tomé out to avoid another whipping

São Tomé and Príncipe will be out to avoid another whipping when they lock horns with Morocco in a 2017 Africa Cup of Nations qualifier on Saturday.

Kick-off at the Estádio Nacional 12 de Julho is scheduled for 17h30 CAT.

'The Falcons and True Parrots Team' were hammered 7-1 by the Cape Verde Islands in their opening Group F clash and will be eager not to suffer the same fate against the North Africans, who sit over 100 places above this islanders in the latest FIFA world rankings.

It hasn't been a smooth start for the Atlas Lions, though, as they battled to a 1-0 win over Libya in June.

Napoli midfielder Omar El Kaddouri scored the only goal of the game.

Morocco head coach Badou Ezzaki has the luxury of calling on a host of European players, with Nabil Dirar (Monaco) and Youssef El-Arabi (Granada) among those available for selection.

São Tomé have never qualified for the Africa Cup of Nations while Morocco missed out on the 2015 event in Equatorial Guinea after they refused to host the tournament due to the on-going ebola crisis.