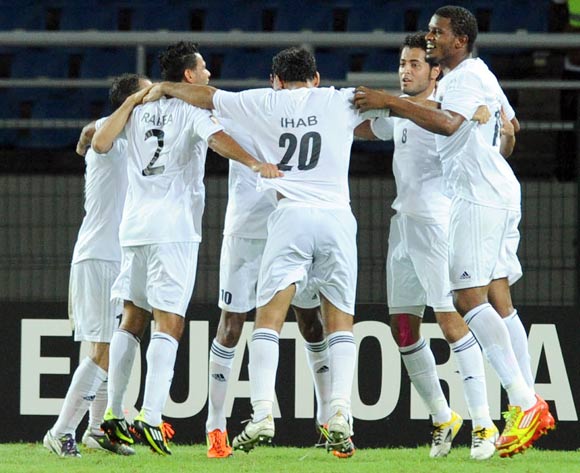 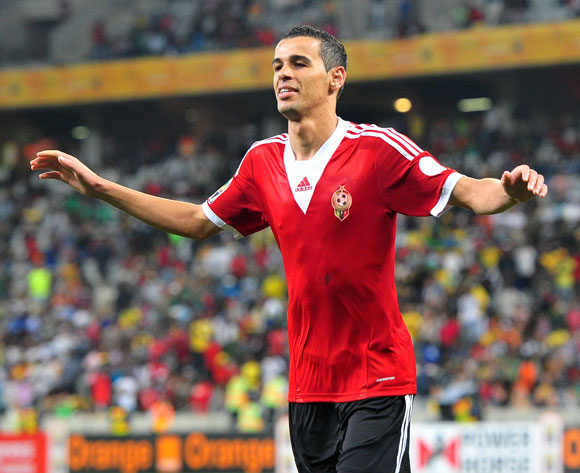 Defeated 2-1 in Sao Tome in the first leg of their 2017 Africa Cup of Nations qualifiers’ Group F double clash last Wednesday, Libya bounced back with a 4-0 thrashing of the islanders in Tunisia in the reverse fixture this Monday.

Following a goalless opening half, the Mediterranean Knights stepped up a gear after the break, with MC Oran striker Mohamed Zubya completing a hat-trick and midfielder Osama Abdusalam joining the party with his side’s third goal.

The result saw Libya put an end to a three-game losing streak in the qualifying campaign, while bagging their first points in the competition.

However, they remain tied with bottom of the log Sao Tome on 3 points in Group F, six points adrift of leaders Morocco who have a game in hand.

The Libyans will host Morocco in June, before travelling to Cape Verde in September, while Sao Tome and Principe are still to play Cape Verde at home and the Atlas Lions away.

Libya out to settle a score with São Tome

Libya will be looking for vengeance when they host São Tomé and Príncipe in the 2017 Africa Cup of Nations (AFCON) qualifier in Cairo, Egypt, on Monday.

The Mediterranean Knights suffered a shock 2-1 away defeat to the Falcons and True Parrots Team at the Estádio Nacional 12 de Julho in São Tomé on Wednesday.

The defeat saw winless Libya slip down to position four with São Tomé and Príncipe climbing to third on the Group F standings.

Libya head coach Javier Clemente knows that nothing but a victory at home will do for the North African side against their less fancied opponents on Monday.

Faisal Al Badri, who put the Mediterranean Knights into the lead on Wednesday, will be eyeing another goal against the Falcons and True Parrots Team.

The Mediterranean Knights tasted a 2-1 defeat to Cape Verde in their last home Group F match in Egypt September, 2015.

Meanwhile, São Tomé and Príncipe will be hoping to complete a double over Libya when the two sides lock horns on Monday.

The victory over Mediterranean Knights has boosted the Falcons and True Parrots Team's chances of qualifying for the 2017 AFCON finals.

Luis Leal was the hero for São Tomé and Príncipe on Wednesday as the 28-year-old forward netted a late winner with two minutes left on the clock.

António do Rosário's men, who are placed third on Group F standings - three points behind third-placed Cape Verde, will be oozing with against Libya on Monday.

São Tomé and Príncipe were humiliated 7-1 by a ruthless Cape Verde side in their last away Group F game in Praia in June, 2015.

Referee Akintoye Koole from Benin will be in be charge of the game between Libya and São Tomé and Príncipe.