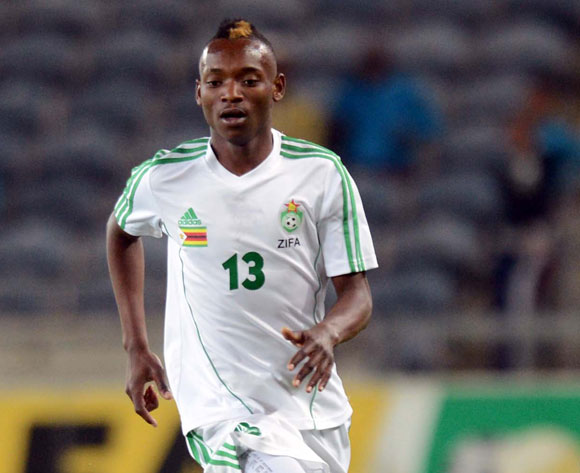 Zimbabwe took a major step toward qualifying for the 2017 Africa Cup of Nations by defeating Swaziland 4-0 at the National Sports Stadium in Harare on Monday afternoon.

The result – secured by second half goals from Knowledge Musona, Costa Nhamoinesu, Evans Rusike and Khama Billiat – saw the Warriors move to eight points at the top of Group L, three ahead of second-placed Sihlangu Semnikati. The two other teams, Malawi and Guinea, have two points each and will meet in Blantyre on Tuesday afternoon.

Zimbabwe started the match strongly, but it was Swaziland who first threatened a goal when Felix Badenhorst had the ball in the back of the net midway through the first half, only for his effort to be correctly ruled out for offside.

It took just six minutes of the second half for the Warriors to break the deadlock, with Knowledge Musona coolly converting from the penalty spot to make it 1-0.

And the hosts doubled their advantage just before the hour mark when substitute Khama Billiat provided a fine cross from a free kick and defender Costa Nhamoinesu arrived at the back post to score with a powerful header.

With just under a quarter hour of regulation time remaining, Zimbabwe made it 3-0 when substitute Evans Rusike saw an attempted clearance from a defender rebound off his shin and fly into the bottom corner of Swaziland’s net.

And there was still time for Billiat to score with a low shot into the bottom corner on 85 minutes to wrap up an emphatic 4-0 score line in favour of Zimbabwe.

The teams will return to 2017 qualifying action in June, with Zimbabwe set to host Malawi, while Swaziland will welcome Guinea.

Zimbabwe out to stun Swazis at home

Zimbabwe will look to bag the full three points at home when they host Swaziland in their 2017 CAF African Cup of Nations Qualifier on Monday.

The Warriors will be boosted by their 1-1 draw in Swaziland on Friday and will now hope to bag a victory at home.

The Zimbabweans scored through Njabulo Ndlovu's own goal after exerting pressure on their hosts and it ended up 1-1 when striker Knowledge Musona took a great free kick.

In the group, the hosts now occupy the top spot with five points after three rounds of matches and will hope to fight hard for a win and raise their hopes of reaching Gabon.

Experienced players such as KV Oostende's Musona and Kaizer Chiefs midfielder and skipper Willard Katsande will be tasked to inspire the team as they will hope to bag a victory in front of home crowds.

On the other hand, the Swazi side will also be out looking for a victory to rectify their errors after their disappointing draw at home.

Isihlangu Somnikati will know that going to Harare is set to be a test of character as they're set to make a historic qualification to the continent's elite tournament.

They share the group's top spot with their Southern African opponents after three matches after they beat Guinea and also drew against Malawi.

Skipper Tony Tsabedze will be the man expected to lead the hosts as they target redemption and keep their good run in the qualifiers intact.

A win away to Zimbabwe will allow them to have eight points, thus leading the group and raise their hopes of booking ticket to Gabon next year.

The match is scheduled to be staged at National Sports Stadium in Harare on Monday at 15:00