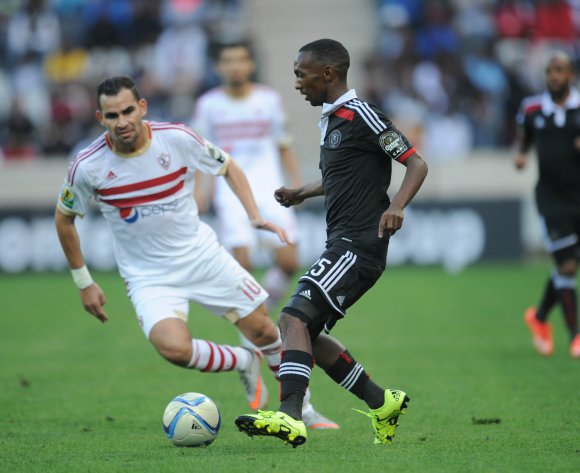 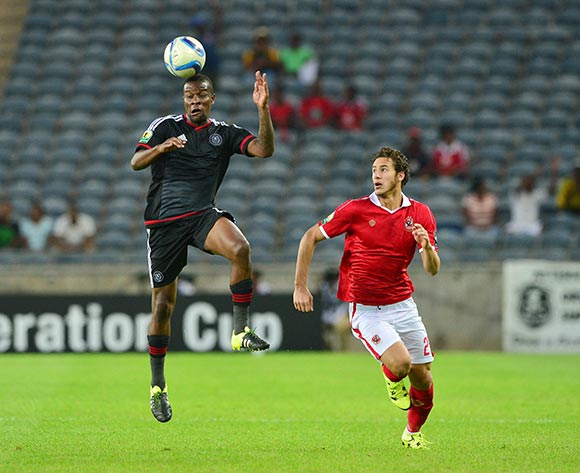 Goals by Kermit Erasmus, Thamsanqa Gabuza, Thabo Rakhale and Thabo Matlaba were enough to take Orlando Pirates through to the final of the CAF Confederations Cup when they beat Al Ahly 4-3 (5-3 on aggregate) at Suez Stadium on Sunday night.

Although Ahly got the match off on a high with the hosts putting the Sea Robbers under pressure, they couldn’t find an early goal as Bekhit’s attempt was off target.

Bucs' Ovono was the busiest of the two keepers as he continued to receive threats from the Egyptians but he made another save to deny the Red Devils with defenders Happy Jele and Ayanda Gcaba a bit shaky at the back.

However, after 10 minutes of play Eric Tinkler’s men settled in the game and made good moves going forward although they couldn’t trouble Sherif Ekramy.

With the hosts failing to find the early goal in the 30th minute, Malick Evouna wasted a good chance as he blasted his shot over the bar from six-yards out following a great set up by John Antwi four minutes later.

With the visitors starting to enjoy more possession from the middle of the park with combinations between Mpho Makola, Lehlohonolo Masalesa and Thandani Ntshumayelo, they couldn’t penetrate Ahly’s defence in the final third.

A few minutes later, Gcaba delivered a great cross from the left into the box, Ahly cleared the danger but the ball fell on Sifiso Myeni’s path, however, his shot went wide off Ekrami’s posts.

Witht three minutes to go to the interval, the Red Devils found the back of the net through Evouna as he beat the offside trap and beat the oncoming Ovono to pass the ball into an empty net.

The hosts continued where they left off in the second half and in the 53rd minute, Evouna completed his brace when he was unmarked in the box to easily head home following a quick counter attack.

Tinkler made changes after the 55th minute and brought in Kermit Erasmus for Lehlohonolo Majoro and replaced Myeni with Thabo Rakhale.

His changes paid dividends three minutes later when Erasmus beat Ekrami with a curler to the far post after a great delivery from the right.

But Fathy Mabrouk’s men continued to pile pressure on the Buccaneers’ defence as he parried Evouna’s effort resulting from a free kick in the 71st minute.

However, Tinkler also took Thandani Ntshumayelo off and introduced Issa Sarr in the middle of the park and three minutes later, Thamsanqa Gabuza silenced the crowds when his shot was deflected into the net to score an equaliser.

It was the visitors who were rejuvenated when Matlaba capitalised on a defensive error by the goalkeeper and his defence in the 85th minute; the Bafana Bafana international entered the penalty area and coolly beat Ekrami but it was not the end of the feast as Gamal cancelled Matlaba’s strike in the 90th minute to make it 3-3.

With just few seconds to the final whistle, a pass from the left by Makola picked out Rakhale on the edge of the area and he easily slotted home to hand Tinkler’s men a 4-3 win.

The win takes the Buccaneers to the final of the tournament and they’ll meet Etoile du Sahel of Tunisia in the final.