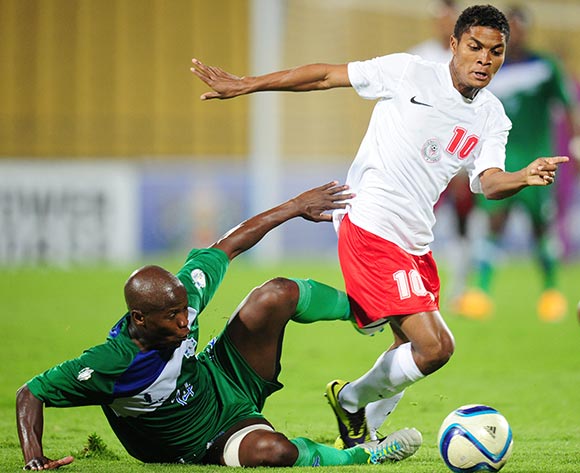 Lantonirina Rabehasinmbola Lanto of Madagascar battles with Bokang Mothoana of Lesotho during the 2015 Cosafa Cup match between Lesotho and Madagasca at the Royal Bafokeng Stadium, Rustenburg on the 18 May 2015 ©Muzi Ntombela/BackpagePix 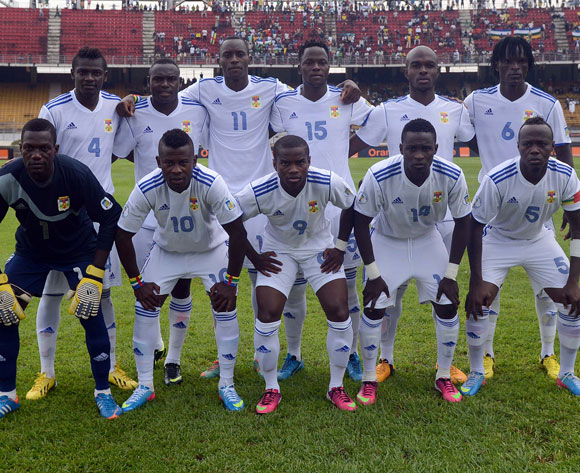 Senegal will face Madagascar in the second round of 2018 World Cup Russia qualifiers, with 'Barea' confirming their place in the next round following a 5-2 aggregate win over the Central African Republic.

The two-legged clash was expected to be a tight affair, with both teams enjoying considerable success of late.

CAR headed into the tie on the back of a 2-0 win over the Democratic Republic of Congo, while Madagascar have continued to improve having finished third at the 2015 COSAFA Cup in South Africa.

The 'Wild Beasts', though, were dealt a major blow without a ball being kicked with their 'home' game moved to the Madagascar capital due to the on-going conflict in the country.

Playing away from Bangui was always going to be a test and proved to be a step too far as Etienne Momokoamas' troops suffered a 3-0 defeat in the first-leg in Antananarivo last week.

CAR showed some pride in the second-leg at the Stade Municipal de Mahamasina on Tuesday, with the two teams playing to a 2-2 draw.

Ramanamahefa and Andrianantenaina found the back of the net for the hosts, while the visitors' goals were scored by Junior Gourrier and Eudes Dagoulou - all of the goals coming in the first-half.

Next up for Madagascar is a clash against Senegal with the winner over two-legs booking their place in the group stages.

The Central African Republic face an uphill task if they are to progress in the 2018 FIFA World Cup qualifiers.

CAR kick-off their campaign with a 'home' clash against Madagascar in Antananarivo on Saturday with the first-leg meeting moved from Bangui to the capital of the Island nation due to continued unrest in CAR.

This comes as a huge blow for 'The Wild Beasts', who will effectively play two away games, with FIFA - along with the two member associations - coming to an agreement for safety reasons that both games be played in Madagascar.

The two nations are ranked 126th and 127th in the latest FIFA world rankings, with CAR jumping a mammoth 42 places to leapfrog their opponents.

For CAR, the rise comes off the back of a memorable 2-0 win over the Democratic Republic of Congo last month - a victory achieved on home soil, though.

Madagascar have enjoyed similar success of late, with a third place finish at the 2015 COSAFA Cup in South Africa - Barea's best finish at the Southern African tournament.

The clash at the Stade Municipal de Mahamasina kicks-off at 14h30 local time with the return leg set for the same venue on the 13th of October.

The winner will face Senegal in Round 2