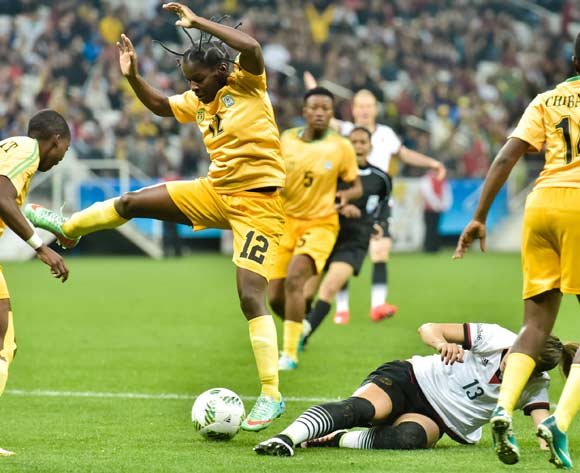 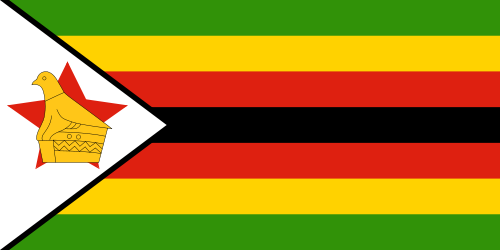 Three goals in the first half, a brace by Janine Beckie and a penalty by Christine Sinclair, were enough for the Canadian side whilst Mavis Chirandu netted a late consolation goal for the Mighty Warriors.

The Canadians now have six points at number one above Germany (who will face Australia later on Saturday) and have now booked their spot in the quarterfinals having beaten Australia 2-0 on Wednesday.

Although the Mighty Warriors came into the match aiming for an early goal to ease their first round elimination, they allowed Canada to exert pressure on their defence.

As early as the fourth minute, Zimbabwe was under pressure as Beckie unleashed a powerful shot but it was saved by goalkeeper, Chido Dzingirai.

However, three minutes later, Beckie found the back of the net putting her country ahead in the seventh minute.

Shadreck Mlauzi's side tried to settle down in the match and moved the ball around but errors at the back gave Canada the advantage.

In the 18th minute, a foul by Dzingirai in the penalty area was spotted by the referee who later gave a spot kick to the Canadians.

Sinclair converted from the spot and made it 2-0 in the 19th minute to give her side an added advantage.

With 10 minutes to the interval, Beckie bagged her brace when he converted in the 35th minute adding more problems in the Zimbabwean camp.

Despite a number of attempts from both sides, the Africans managed to pull one in the 86th minute through substitute Chirandu.

In the dying minutes of the contest, there were no clear cut chances and it ended in favour of the John Herman-coached side.

In the wake of the loss, this year's Olympic participation for the Zimbabweans has mathematically come to an end but they will meet Australia next Tuesday.

The loss is the second for the Southern African nation and they now occupy the bottom of the group with zero points with one match remaining against the Aussies.

The Mighty Warriors of Zimbabwe will have to go all out to get a win as they prepare to face Canada in their second 2016 Rio Olympics Group F match on Saturday night.

The Southern African side are fresh from a humbling 6-1 defeat at the hands of Germany and will now hope to revive their hopes of reaching the knockout stages.

Shadreck Mlauzi's side face another daunting task of overcoming Canada and the match is set to be another massive challenge for the Mighty Warriors.

Mlauzi will have to work hard in motivating his charges to erase their thumping by the Germans and to focus on their second assignment.

The Zimbabweans currently occupy bottom spot in the group with zero points.

A win for the Zimbabweans will see them move to the third spot with three points, but that will depend on Australia's result against Germany later on in the day.

Kudakwashe Basopo scored their first ever goal in the Olympics and coach Mlauzi will hope to see her finding the back of the net once again.

Looking at the Canadians, they are motivated heading to this encounter after bagging a comfortable 2-0 win over the Aussies on Wednesday.

John Herdman's side are favourites to dispatch their counterparts and Janine Beckie as well as skipper Christine Sinclair, who scored against the Aussies, could cause problems for Zimbabwe.

Canada occupy top spot in the group with three points and a win will secure a spot in the knockout stages.

The match is scheduled to get underway at the Corinthians Arena in Sao Paulo, kicking off at 20h00 CAT.