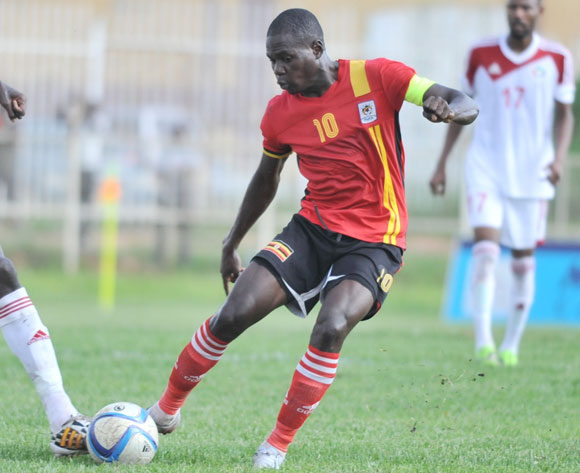 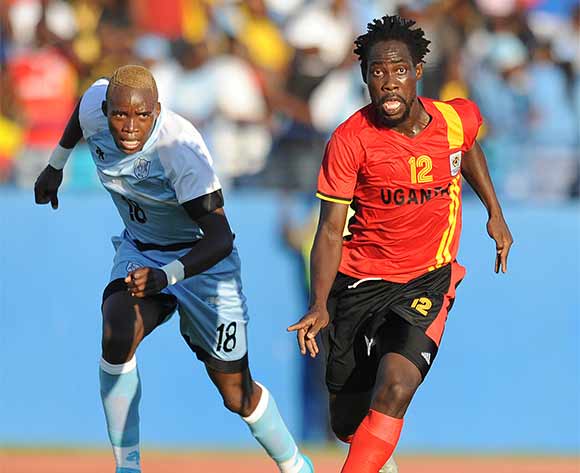 BOTSWANA, Francistown, Lebogang Disele of Botswana National team Zebras and Iguma Denis of Uganda vie for the ball during the AFCON 2017 qualifying match at the Francistown Stadium in Botswana on 4 June 2016. MONIRUL BHUIYAN/Backpagepix

Farouk Miya's goal earned Uganda a 1-0 win over Comoros in the 2017 Africa Cup of Nations (AFCON) qualifier played at the Mandela National Stadium in Kampala on Sunday afternoon.

As a result Uganda qualified for the 2017 AFCON finals for the first time since 1978, while Comoros failed to book their place at the finals.

The Cranes of Uganda dominated the opening stages of the game, but they failed to beat Ali Ahamada in the Comoros goal-posts.

However, they had to wait until the 38th minute to break the deadlock and it was Farouk Miya who finally fired past Ahamada to make it 1-0 to Uganda.

In the 71st minute, Comoros nearly conceded an own goal as Uganda continued to press them for another goal, but Nadjim Abdou cleared the ball away.

Both sides launched attacks in search of a late goal, but it never came and Uganda emerged 1-0 winners on the afternoon.

Uganda will be eyeing nothing but a win over Comoros in their final 2017 Africa Cup of Nations (AFCON) qualifier at the Mandela National Stadium in Kampala on Sunday.

The Cranes of Uganda need a victory over Comoros in order to qualify for the AFCON finals for the first time in 39 years.

They are currently placed second on Group D standings with 10 points. They are only behind leaders Burkina Faso on head-to-head.

Milutin Sredojevic's side will win group D if they defeat Comoros and Burkina Faso register a draw or loss against Botswana.

Comoros' Les Coelecantes are desperate for a victory over Uganda in order to finish above Botswana on Group D standings.

Amir Abdou, who have already been eliminated, are currently fourth on Group D standings with three points - three behind Botswana.

Senegalese referee Malang Diedhiou will officiate the encounter between Uganda and Comoros on Sunday afternoon.